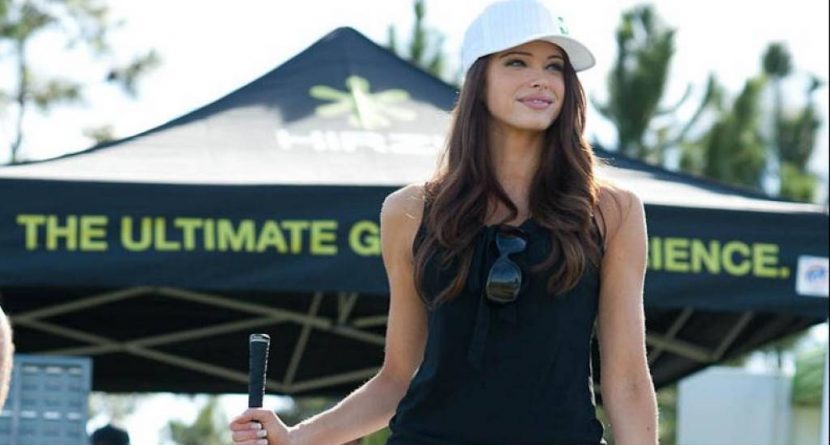 We touched down in Holland, after a seven and a half hour flight across the Atlantic. This would be my first “business trip” overseas. My husband had done it many times before – those weeks when you spend more time in the air than on the ground.

Jamie had shaved that morning, but had the full 5 o’clock shadow by the time we landed. I felt like a clown after a birthday party – sure, the makeup’s still on, but you just feel dead inside.

Walking through the airport in Amsterdam, I couldn’t help but notice all the tulips. Tulip seeds, tulip balloons, plastic oversized acid nightmare tulips that you can buy for your kids.

“What’s with all this?” I asked my husband. And that’s when he told me about Tulip Mania. In the 1600s when tulips were introduced to Holland, contract prices skyrocketed then crashed. A tulip bubble if you will. At one point, a single bulb was traded for 12 acres of land.

And that was BEFORE pot was legal.

Airports are usually a snapshot into that country or state’s culture, and here in Holland, I couldn’t help but be struck by the, well, the cuteness of it all – as girlish as that sounds. The man pecking away on his iPad at the coffee shop while sitting in a giant teacup. The tiny windmills and hand-painted wooden clogs for sale. The bearskin rug with attached head at the welcome booth. Okay, that wasn’t so cute but you just don’t see that shit in America.

We made our connection to Manchester and were on the ground an hour and a half later.

We were waved over to customs and I was instantly intimidated. This guy wasn’t farting around. No ‘hello,’ no ‘how are you?’ Just a leering stare behind glass.

Customs: Why are you here?

I could feel the flop sweat coming on.

Customs: Where on business?

Me: U.S. Open. Err… British Open. Sorry, I mean The Open Championship. You’re not letting me in, are you?

It was a cool 60 degrees and rainy when we took a cab from the airport to our hotel 30 minutes away. The Inn on the Prom. Online, it was advertised as “one of the finest hotels Lytham St. Anne’s has to offer.”

Our cabby described it as a “dump” with a capital “D.”

Between the muted brick, the 1992 chandeliers, and the Genesis soundtrack in the lobby, I knew who was right. They had turned off the heat in the hotel, so there was no escaping the chill of the North Sea breeze once inside the room. We turned on the shower for heat, threw on our rain coats and headed toward the Royal Lytham and St. Anne’s Golf Course, thankfully within walking distance.

Seeing the course for myself, it was no surprise to me that it’s been home to ten Open Championships. Phil Mickelson called it the smallest piece of property in the Open rotation. The clubhouse is iconic in its character. The course itself is not “traditionally” beautiful, but it’s charming and challenging – especially if your ball finds one of the potholes.

Potholes or pot bunkers, whatever you want to call them, are small, round, and extremely deep with nearly vertical faces toward the green or the fairway. And they can be devastating to a player’s game. Just ask Tiger, who got down on his knees to get his ball out on the sixth hole during the final round on Sunday.

Later that day, we went to the chipping area where all of the Tour players were practicing. There’s a walking bridge spanning the driving range from the green – so you know when someone popular is coming out. I have always respected Rickie Fowler for the cool he brings to the game; and it’s not just that he’s the only one on tour who regularly wears primary colors. It’s his attitude.

“Rickie! Mr. Fowler!” You could hear it from both sides of the path. Kids – not adults – shouting his name for an autograph. This is a demo that has no business being interested in a game that’s normally like homework to watch from your couch. While most players signed a couple of flags or towels and moved on, Rickie stood there for 45 minutes signing every piece of memorabilia fans were offering. When a little boy asked him if he could take his picture, Rickie grabbed his camera, gave it to the boy’s mom and said, “Hey, how about you get in here with me?”

Quite the contrast to another player who that same day asked that fans keep away from the fence because he was getting distracted by the attention.

To me, Rickie is one of the few who gets it. There aren’t many relatable characters in golf, so if you can manage to be a human being in dealing with the crowds, you win big. You get the magazine covers, the interviews, the endorsements, and the TV offers that can carry you beyond a career in golf. He knows that a star isn’t much without his fans, talent aside. And that people like me who are lucky enough to go to these championships remember even the smallest of gestures. Even if she’s just an observer.

The rain started coming down and we left the course because hey, I’m a high maintenance American, and no, I’m not apologizing for it. I had washed my hair with bar soap that morning so I wasn’t about to be inconvenienced again.

We took a taxi to a pub in the center of town called The Taps. The only thing on the menu is locally brewed ale, the ceilings were covered in hundreds of old beer clips, and every square inch of floor was layered in real sod – special for Open week. The crowd was elbow to elbow, the dialogue shifting between who had a better chance to win and who was picking up the tab that night.

I decided that this was the best bar I had ever been to.

The next morning, after less than 48 hours in charming Lytham, we were on a plane back to Connecticut. I felt like I had gone through a pinball machine, and by that time all either of us wanted to do was eat a home cooked meal and go to bed.

In the spirit of our trip to England, I thought I would make fish and chips.

As I took a bite, I felt something hard and wiry lurch down my throat.

“I think I swallowed a bone.”

I could feel it hanging there, in the back of my throat – and I knew that my trip wasn’t over yet.

I tried coughing it up, drinking water, and chewing dry bread hoping it would dislodge itself and go down my stomach.

Then I went with the next reliable source of advice – the Internet. Somewhere between where it said “gargle with peroxide” and “form a drum circle,” I took myself to the emergency room.

An X-ray showed a long wispy object lodged into my vocal chords.

“We’re taking you to surgery.”

Yes. After two days in England, a combined six hours of sleep and a punishing eight and a half hour flight back home, I was now being wheeled upstairs on a gurney to an operating room.

The next thing I remember is waking up in mid sentence, asking the nurse if she liked tulips.

She handed me a prescription bottle, “Dr. Brown wanted me to give this to you. It wasn’t a bone stuck in your throat.”

At the bottom of the bottle I saw a metal wire, two centimeters long – a bristle from a brush we used to clean off the grill.

I guess it’s true what they say about traveling to a different country. You take a part of it with you. Or in this case, in you.