A Tradition Unlike Any Other: Arrested At Augusta 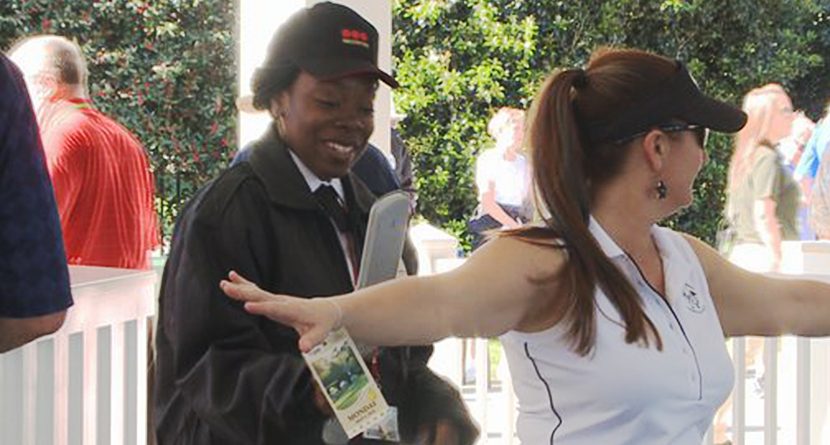 The security in and around Augusta National Golf Club is notoriously strict. Hell, even Jack Nicklaus had trouble getting down Magnolia Lane this year and he’s won six green jackets.

Part of the Masters’ charm is the step back into yesteryear that comes with stepping on to the property. The no cell phone rule, no running and no yelling after shots gives the tournament an air about it than many others try to replicate, but simply can’t. All of this prestige leads to a certain amount of fawning, which is why the merchandise shop brings in more than some small nations’ GDP annually.

Everybody wants a piece of Augusta or a memory from their time there, but it better be done in proper fashion. That is to say those memories should not be made the way David Fitz­gerald Key tried to make his.

From the Augusta Chronicle:

Masters Week 2016 ended with one tournament-related arrest, which is comparable to the number of arrests made in recent years.

In many cases it comes back to a drunken patron acting inappropriately on the golf course.

This year’s arrest was no exception. On April 4, David Fitz­gerald Key, 47, of Pennsyl­vania, got under one of the gallery ropes and snuck into a sandtrap. Richmond County sheriff’s Capt. Scott Gay said Key, who was highly intoxicated at the time, was arrested on a charge of disorderly conduct.

In comparison, Key’s jaunt into the National’s bunker was tame in comparison to some other arrests. Some highlights include a man impersonating Adam Scott’s father in hopes of being able to drive down Magnolia Lane, another man stealing bunker sand for a personal collection and, the best of all, a guy taking off his shirt and jumping in the pond on the 16th hole because he claimed “he didn’t know it was against the rules.”