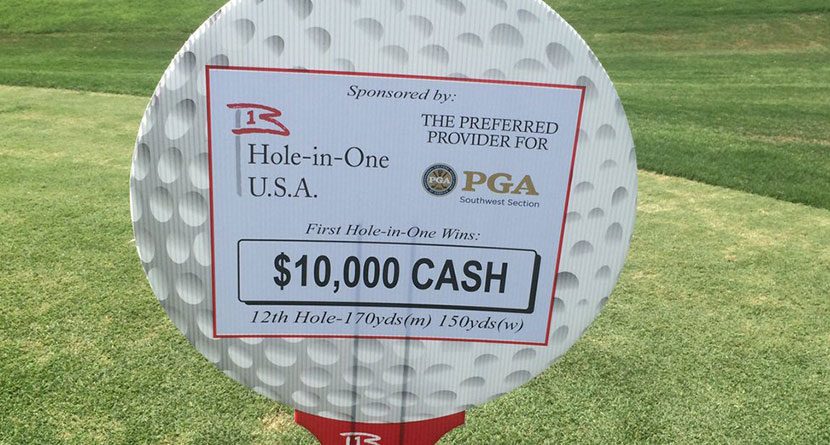 Playing golf can be frustrating, demoralizing and challenging, so when things go right you need to celebrate accordingly. There are few things in the game that give its participants the joy and elation of a hole-in-one. Adding to the mystique of a typical ace is when a prize is attached, whether it be a nice chunk of change or even a new car.

Thankfully, a Connecticut man who has been accused of not paying out insurance claims on holes-in-one is no longer roaming the fairways. The Stamford Advocate had the story.

In an unusual move, a South Norwalk man — an accused golf hole-in-one insurance cheat — had his fugitive from justice warrant rescinded from Washington state officials who initially wanted him back for not appearing in court last month.


Kevin Kolenda, 57, of Elizabeth Street, was picked up at the Stamford courthouse where he was attending a civil hearing Monday afternoon and charged with being a fugitive from justice. According to a Washington state arrest warrant contained in his court file, Kolenda did not show up for a July 7 hearing in Snohomish County, Washington on charges of engaging in unauthorized insurance transactions.

According to court records, Kolenda was extradited last year to Washington for the second time on charges that he failed to pay hole-in-one prizes in that state.

Kolenda was previously arrested in Connecticut on larceny and racketeering charges for not paying off insurance claims to companies offering hole-in-one golf prizes. He was charged in 2010 with not paying a $43,000 Mercedes-Benz car won in a Danbury Golf tournament. The outcome of that case was not known.

So, not only is this guy an alleged scumbag raining on golfers’ time to shine, he’s an alleged multiple offender scumbag. Golf outings and tournaments will be better for his absence.