Titleist Fires Back at Costco with Countersuit 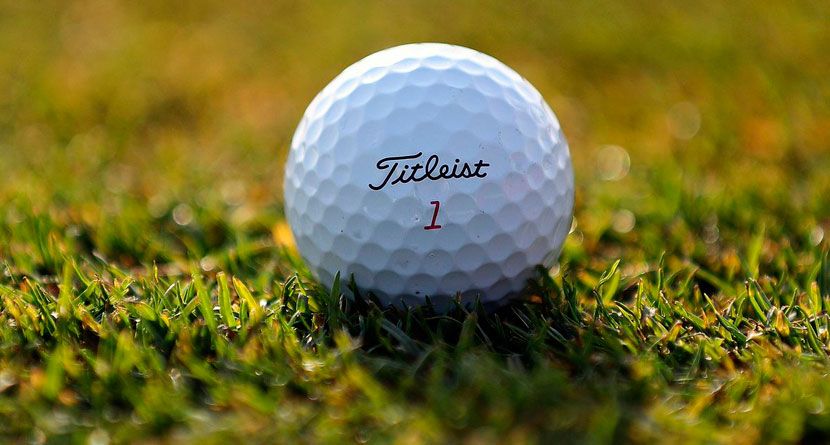 The battle between the Titleist ProV1 and ProV1xs and Costco’s Kirkland Signature golf ball continues to rage on.

While the K-Sig has enjoyed cult status following a MyGolfSpy.com report, which concluded that the K-Sig outperformed the Titleist ProV1 in head-to-head testing, Acushnet, the parent company of such brands as Titleist and FootJoy, filed countersuits against Costco and the K-Sig that seeks damages from patent infringement and false advertising.

Mike Stachura of GolfDigest.com broke down the entire countersuit.

Nearly five months after Costco, the U.S.’s largest membership-only warehouse club, filed a lawsuit in U.S. District Court seeking a declaratory judgment that its ball was not infringing on any Acushnet patents, Acushnet responded with a blanket denial of any and all Costco’s claims. Then, it returned the favor with a 284-page countersuit, alleging that the Kirkland Signature ball not only infringes on 10 Acushnet-owned patents having to do with golf ball core and internal construction and dimple patterns, but that the Kirkland Signature guarantee amounts to false advertising.

Acushnet’s countersuit does not ask for a specific dollar amount, instead calling for a jury trial over the alleged infringing patents.

Haven't decided if I think Titleist is being heavy-handed with Costco. Also not sure how Costco didn't see this coming.

Titleist complaint against Costco is a fascinating read. Language intermittently and strategically moves from exacting & precise to vague AF

Cynical read on Titleist response to Costco suit: If you buy 36 ProV1s, two of them will have quality issues. pic.twitter.com/kJRNGeDnRU

For each of the infringed patents, the countersuit features the following similar language: “Acushnet Company has been, is being, and will continue to be, seriously damaged and irreparably harmed unless Costco is enjoined by this Court from the actions complained of herein, and thus Acushnet Company is without an adequate remedy at law.

“Acushnet Company is entitled to recover from Costco the damages sustained by Acushnet Company as a result of Costco’s wrongful acts in an amount subject to proof at trial.”

The Acushnet countersuit asks that the court declare that the Kirkland Signature ball is infringing on the 10 patents, that the court award “adequate damages” from the declared infringement and that because of Costco’s “willful infringement” the damages be trebled. In addition, Acushnet is asking for three times Costco’s profits from the Kirkland Signature ball.