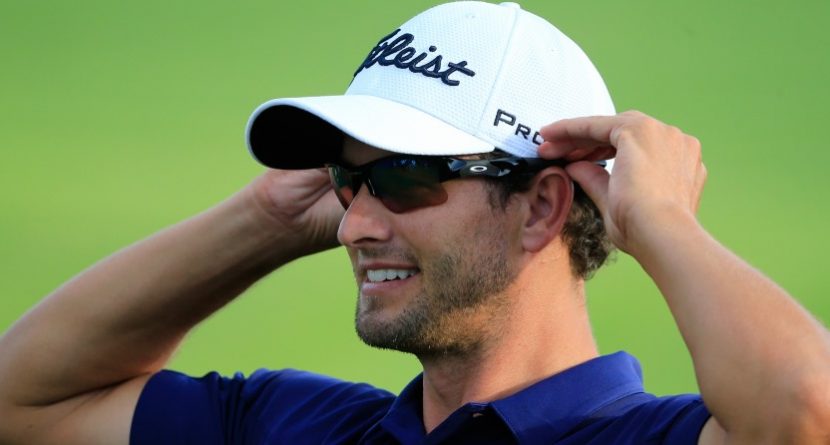 Adam Scott was a frequent player on the European Tour back in 2008, and thus, he purchased a yet-to-be-built house on a developing island in Abu Dhabi, United Arab Emirates. He figured that home could serve as his base when he competed in or around Europe.

Fast forward five years and Scott is the second-ranked golfer in the world coming off his best season as a professional. In 2013, he played solely on the more-lucrative PGA Tour, competing in Europe only when the Open Championship in Scotland came around.

So it’s of little surprise that Scott has put his Abu Dhabi property on the market. It’s going for 22.9 million in UAE Dirham, or 6.2 million in U.S. dollars – nearly the same price for which Scott says he purchased it. The reason he’s selling: He was not able to spend enough time in the home and never actually lived in it. That’s a shame, because it looks like a gem. The 10,000-square-foot Mediterranean-style villa was completed this past summer and boasts more than 2,000 square feet outside, including a pool; domestic and service kitchens; a downstairs guest suite; entertaining areas; and rooms in which the service staff can live. It overlooks the Saadiyat Beach Golf Club on Saadiyat Island.

And that could be the golf course where the lucky buyer of this home plays a round of golf with the world’s second-best golfer. Scott included the 18-hole opportunity in the house’s listing, but the golf doesn’t have to be played near the home.

“Whether the round of golf takes place in Abu Dhabi or on one of the courses in America or Australia, Adam will definitely honor the commitment to play,” said Andrew Colvill of LLJ Property, the company marketing Scott’s property.

If you’re a millionaire golf fan yearning for a home on a golf course with views of the ocean in Abu Dhabi, this deal has your name all over it.