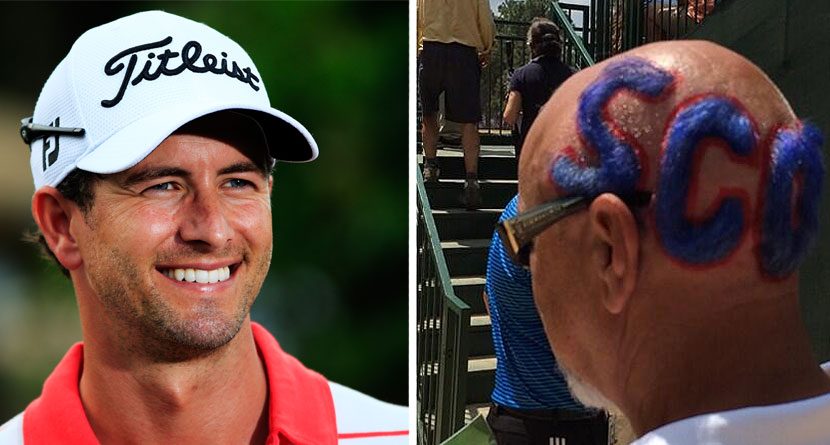 There are fans, and then there are FANS. This guy at the U.S. Open could be filed under the category of “super fan” because of how he’s cheering on the No. 1 player in the world, Adam Scott.

Rather than shaving Scott’s name in his hair, he went with a different look, shaving his head and leaving patches of hair to spell “Scott.” To top it off, he dyed it blue, and outlined it in red. Bold move, sir. Very bold move.

This guy is a bigger fan of Adam Scott than you are of anything in your life. pic.twitter.com/OE8xKb02M9

Now for the question of the day: Who are bigger fans? This guy, or Tiger Woods’ fan-family? To give you a third option, I’ll throw in “Tiger t-shirt guy,” just to make the choice more difficult.