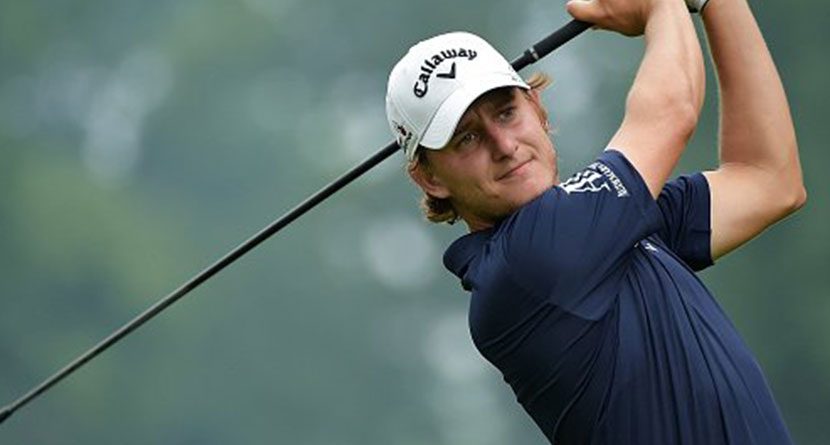 When an airline loses your bags, it sucks. That’s a scientific fact. It sucks even more when you are competing in the Olympics in two days and don’t have your golf clubs when the sport returns to the games for the first time since 1904.

23 year-old Emiliano Grillo of Argentina ran into some baggage issues on his way to Rio and was not afraid to let the public know on social media.

@AmericanAir delays, rerouting and 20+ calls can’t find my golf bag. I am going to miss my chance to compete in the Olympics. @Rio2016


He went so far to even take a poll to guess where they are:

Where do you think my clubs are?

Some of the best kinds of tweets from professional golfers are those that directly call out an airline for being incompetent:

@LATAMAirlinesUS @LATAM_BRA need to help as well, 2 flights are yours. I am going to miss playing in @Rio2016 because can’t locate my clubs

On a personal note, I feel Grillo’s pain. No more than a few weeks ago while traveling in Brazil, I encountered some of the stupidity of the aforementioned airline. It was not a pretty sight.

By sheer fate, or an entire world looking for his clubs, they finally arrived in Rio last night. The embrace was glorious:

I am never letting you go again… Until next flight…

Whether they showed up in once piece is another story.

Grillo is slated for a 9:25 a.m. tee time Thursday with Spain’s Sergio Garcia and Patrick Reed.