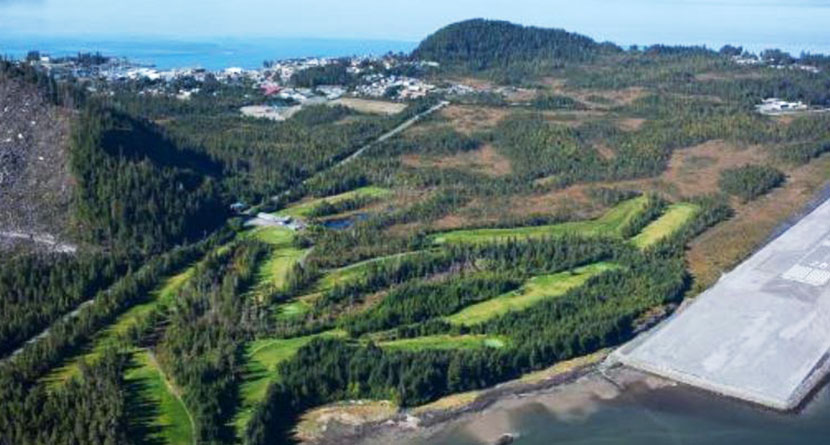 Golf courses around the country and the world are coming to terms with whatever their “new normal” looks like thanks to the coronavirus pandemic.

For a nine-hole golf course called Muskeg Meadows on the small Wrangell Island north of Ketchikan on Alaska’s inside passage, that includes finding new ways to drive revenue while also keeping golfers and staff members safe.

The National Golf Foundation’s Editorial Director Erik Matuszewski spoke to Kristy Woodbury, a Wrangell resident and the course’s board secretary, about the struggles that face a course like Muskeg Meadows.

The course, a par-36 layout that features artificial turf tees and greens, has been hard hit by the pandemic as the 10% of its revenue that comes from cruise traffic has dried up and safety restrictions forced the cancellation of an annual fundraiser and auction dinner that raises around $12,000 each year.

Seminole GC was introduced to millions of TV viewers this past weekend. But that’s one extreme in #golf.

The game exists in many places and many forms.

However, while finances are tight, a relatively safe activity has led to an increase in local play.

“We have our local support,” Woodbury said. “We’ve been open less than a month and we’ve sold more season passes to our locals than we did all of last year. We’re one of the only things open, one of the only things that people can do. So, we’ve been busy. We keep our greens fees low and have actually lowered them. But that’s not how we keep our doors open, sadly. We really need the boost from tournaments, cruise ships and fundraising.”

With a handful of employees, a Paycheck Protection Program loan for the course can only sustain the facility through June, Woodbury said, and even then, they’ll be operating at a deficit of about $15,000.

A local can play all day for $30, and a full-season pass for a single golfer is less than $400, but like many other places around the world, golfers must follow the local pandemic-induced rules as well, which includes a particularly grotesque prohibition at Muskeg: no snot rockets.

Woodbury observed a patron blow his nose without a tissue or handkerchief and immediately added the restriction to the rules flier that includes other common coronavirus-era limitations such as social distancing.

“I thought, ‘Oh no, that’s not going to fly during this pandemic,'” she said.

The course is preparing to host its first tournament of the year this weekend, a two-day, best-ball event that is sponsored by the local supermarket and cost $25, cash, to enter.

The tournament is open to all and the course’s “Raven Rule” is in effect, which allows any ball stolen by a raven to be replaced with no penalty.

These are interesting times for those at Muskeg Meadows as well as those around the world. But like many of the habits golfers have gotten into as a result of the pandemic, maybe the no snot rocket rule should apply at all times.