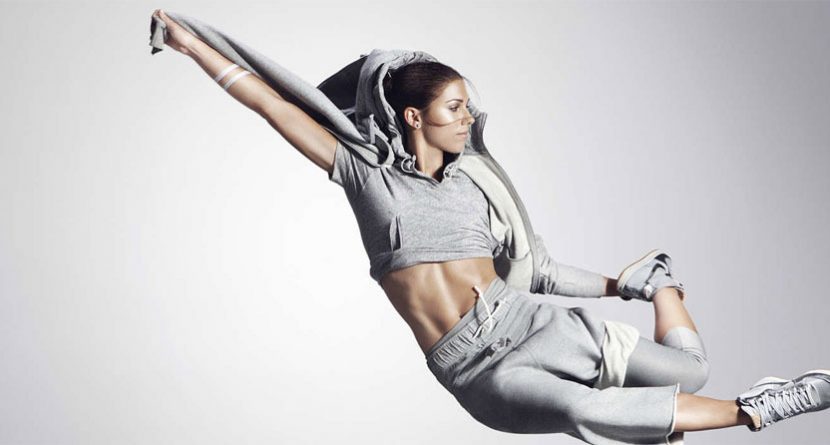 When in Texas, Topgolf is the place to be. Even U.S. women’s soccer star Alex Morgan knows that.

The 24-year-old was in the Houston area this week, taking swings at the popular entertainment driving range franchise. Using a trusty iron, Morgan makes great contact on this shot, which she didn’t know was being recorded. That’s probably a good thing because otherwise she might have been reluctant to unleash the phenomenal happy dance after seeing the ball take flight:

Thanks @karakeoughboz for this hilarious vid. Had to share since I had no idea she was filming! #houstonfun

And such is the beauty of Topgolf: Both dancing and golf are commonplace.

We’d like to point out the solid hip turn in Morgan’s follow-through, getting her back heel completely off the ground. That’s a marked improvement over what we witnessed two years ago in a video blog Morgan submitted for Team USA, soon after she helped the U.S. national team to a gold medal at the London Olympics:

Going back to Topgolf, it doesn’t appear as if Morgan’s star striker companion, Sydney Leroux, joined her for the range session. Leroux also boasts a nice golf swing, but considering she recently endured a rough time trying to execute the Happy Gilmore swing on solid ground, we’re glad she’s not trying the same move at an elevated range.