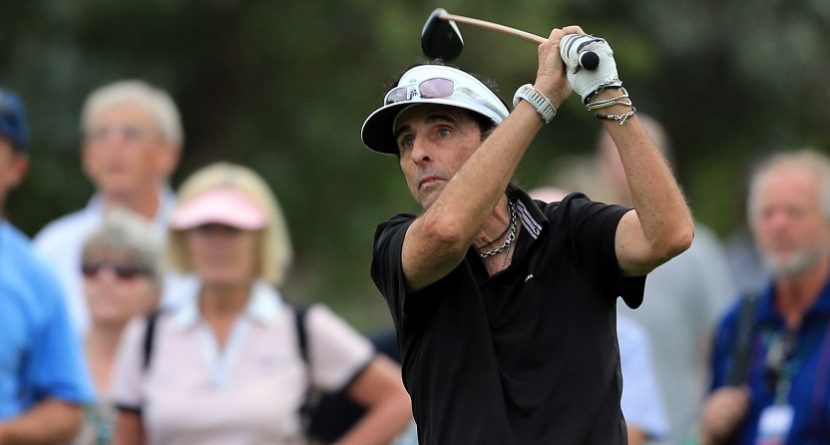 Alice Cooper might be the wildest rocker of all time. Decapitations, fake blood, electric chairs, snakes – all are a part of his shows, in addition to some music.

Golf, you would think, would not be up his alley. But that couldn’t be further from reality.

Cooper is a well-known golf nut; a single-digit handicap. And he’s a friendly, well-spoken guy, too. One you would actually enjoy being paired with for 18 holes.

“I started playing golf when I quit drinking. That was 32 years ago. I had to find something that was as addictive as alcohol. And this game is that,” Cooper said, laughing, during an interview with European Tour Weekly.

The TV crew recently followed Cooper around a golf course in Arizona, where he tells his redemptive tale and explains how he became a 9 handicap after just one year of playing golf:

So addicted to the game is Cooper (whose real name is Vincent Damon Furnier) that he published a book, “Alice Cooper, Golf Monster: A Rock ‘n’ Roller’s 12 Steps to Becoming a Golf Addict,” in 2007. And just recently, a “doc opera” film called “Super Duper Alice Cooper” was released in theaters.

Check out the trailer: