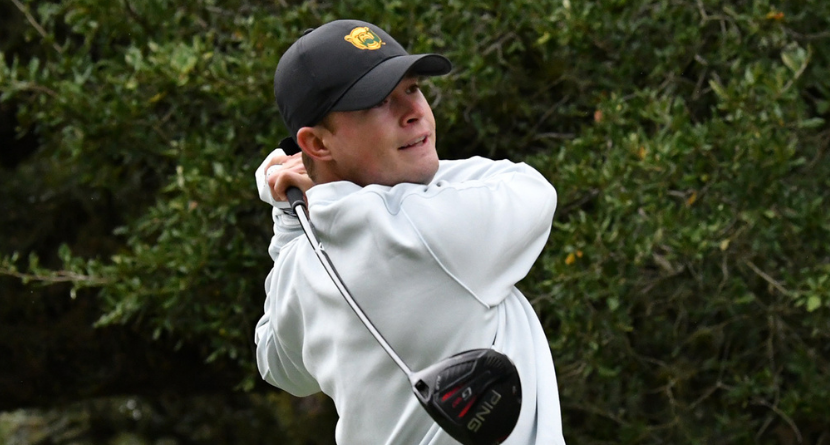 Back in September 2021, Cooper Dossey became a member of that magical club to which all professional golfers aspire — and he did it in dramatic fashion. With an eagle on the 18th hole of his second round, Dossey posted a 59 en route to a win in the first stage of the Korn Ferry Tour Qualifying School.

On Thursday, Dossey was even better.

With his father, Paul, on the bag, Dossey opened play in the All Pro Tour’s Coca Cola Dr. Pepper Open with a 13-under-par 58 to take a three-shot lead. His blemish-free round featured 11 birdies and an eagle.

“I was hitting it close all day,” said Dossey, 24, a native of McKinney, Texas. “I was really impressed with how well the golf course dried up — the greens rolled really well and being able to play lift, clean and place helped a lot. There’s still a lot more golf to play.”

Dossey was a two-time All-American at Baylor University before joining a circuit whose alumni includes Will Zalatoris, Scottie Scheffler, Bubba Watson and Tim Herron. The APT has been in operation since 1994 and predominantly stages its professional events in the Mid-South region.

The event, which is being held at Oakwing Golf Club in Alexandria, Louisiana, features the APT’s largest field and richest pay-outs. If Dossey can hold on for a win, he’ll grab a $33,000 share of the tournament’s $175,000 purse.