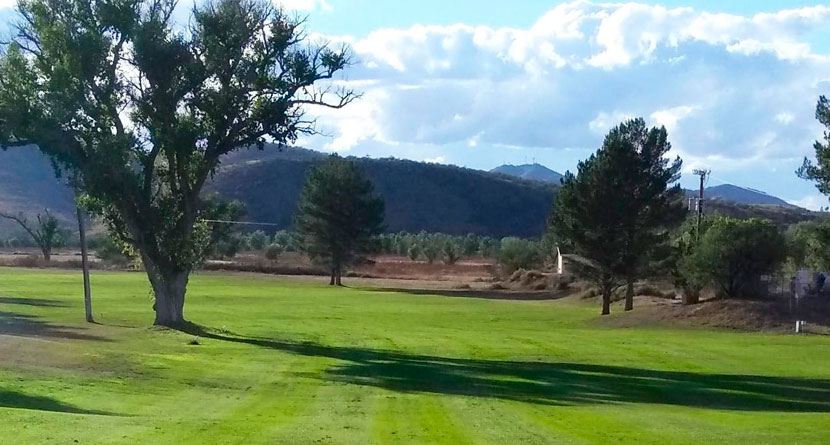 A maintenance crew at an Arizona golf course made a startling discovery last week when they were installing new water pipes.

The crew at Kino Springs Golf Course unearthed human bones. After contacting the Santa Cruz Sherriff’s Office, photos of the bones were sent to the Pima County Office of the Medical Examiner where they were determined to have been those of prehistoric man.

“They were able to determine that the remains were prehistoric, so at this point the case is going to be referred to the Arizona Historical Museum,” Sgt. Santiago Gonzales of the Santa Cruz Sherriff’s Office said, according to NogalesInternational.com. “I know (James Watson, associate director of the Arizona State Museum) planned to visit Adair’s (Carroon Mortuary) to pick up the remains that they had and then I would imagine that he would go out to the site and explore further,”

An expert from the Arizona State Museum is headed to the area to further investigate the find. https://t.co/uYL3DqU5B0

The Santa Cruz River Valley is one of North America’s longest inhabited regions, according to Nogales International. The earliest evidence of human occupation dates back 12,000 years.

Earlier this week, Watson released his findings that the bones belonged to “a Native American who was buried at the site of a longstanding Hohokam settlement.”

“Normally this is what we do with inadvertent discoveries like this, when we know they’re Native American,” Watson said. “We contact the tribes and ask what they’d like to do with them, how they’d like them to be treated.”

According to Watson, the remains were found in a logical place where the river’s bend allows for an ideal village.

“It’s at a nice bend at the Santa Cruz River, so you can really picture how it would have been a nice area for a Hohokam village, growing their crops and whatnot,” he said.