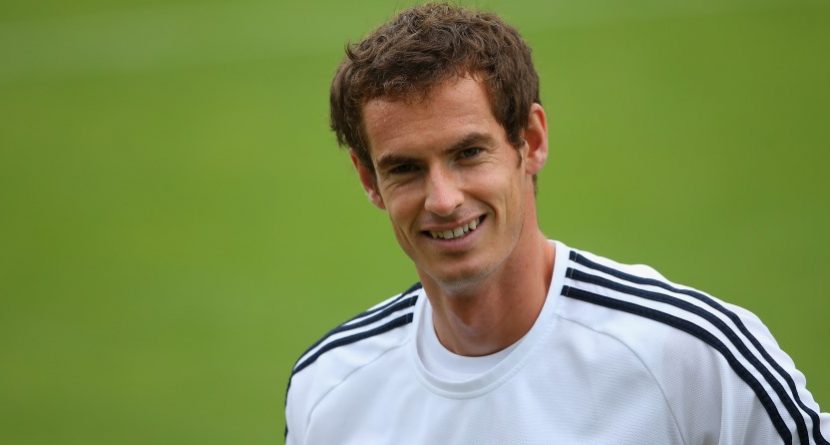 Andy Murray’s made a few coins during his time as a tennis player. Some estimates have his net worth right around $70 million. And that’s not counting the money he’s taken off foes on the golf course.

Speaking to the media this week at Wimbledon, where Murray will take on Spain’s Roberto Bautista Agut in the third round on Friday, the Scotsman’s second favorite sport became a topic of conversation around the release of the Seve Ballesteros movie. Murray invested some money into the production of “Seve,” a documentary about the legendary Spanish golfer that hits theaters this weekend.

“I don’t invest in loads of stuff. I normally try to invest in something that interests me a little bit,” said Murray, who attended golf tournaments at Gleneagles (site of the 2014 Ryder Cup) as a kid. “I watched a lot of golf when I was younger and I know my dad was a massive Ballesteros fan – he loved watching him. He used to talk about him a lot when we were growing up.

“I get asked about a number of investment opportunities but this was something to me that made sense. I love sport, I used to play a lot of golf and he was a pretty amazing guy.” Murray no longer hits the links because of back issues. He underwent surgery last September to fix a disc problem, forcing him off the court for more than three months. That made him realize he should probably give up golf for good – at least until the tennis career is over.

“I haven’t played golf since I started having problems with my back, and since the surgery I haven’t bothered trying, to be honest. I will wait till I have finished (my career),” he said.

At that point, he may no longer earn income from tennis, but he could from golf.

“When I used to play for money, I always used to play off 16 or 17,” he said with a smile. “I have never lost a game of golf for money in all the times I have played. I don’t know what my handicap was exactly but that is what I used to play off. Everyone got hacked off when I was playing against them.”