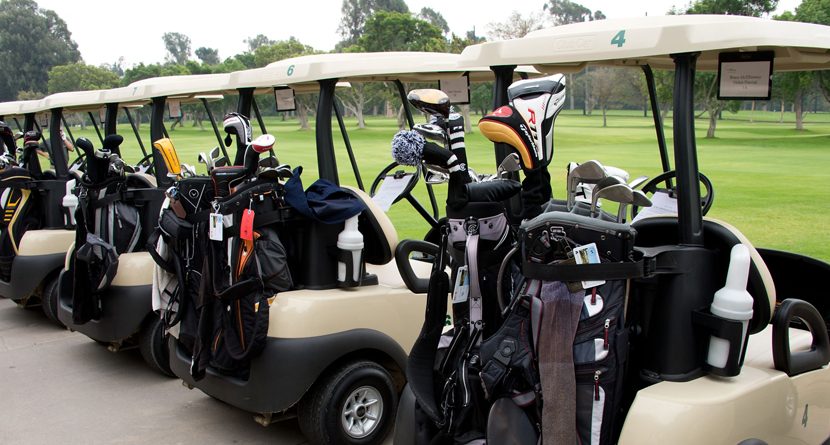 Arguments happen on the golf course. Bad shots turn into bad holes, which turn into bad attitudes. Usually, a good drive or a solid putt can cool people down, but what happens when you triple-bogey — we’re speculating here — the last hole and have a group behind you that’s been on your ass all day?

Well, if you’re Richard Ponds you sit in the middle of the fairway after you’re finished playing and then attempt to run someone over with your golf cart.

Richard Ponds, 57, is accused in the April 3 assault at Wellshire Golf Course.

The victim told police he got into an argument with Ponds because Ponds was sitting in a cart in the middle of the course despite being done golfing, according to an arrest warrant.

The victim told police that Ponds then drove the cart “full speed” at him. When he realized Ponds was not going to stop, the victim said he tried to dive out of the way but was too late.

The affidavit says Ponds then kept driving toward the course’s parking lot.

The victim suffered bruised ribs and a cut to the side of his forehead that required stitches at a hospital, according to the affidavit.

You know the saying, “a bad day on the golf course is better than a good day at the office”? Tell that to the guy with the bruised ribs and stitches.