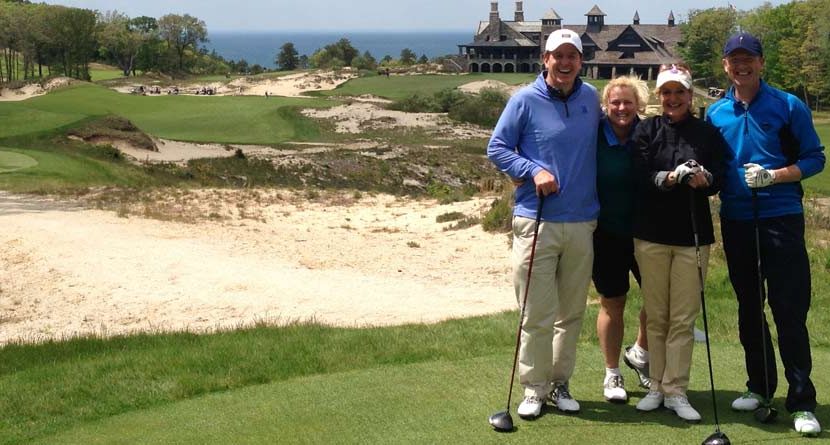 The 16th annual Ann Liguori Foundation Charity Golf Classic is in the books and once again was a massive success.

The event, hosted by renowned sports journalist and personality Ann Liguori, was held on Monday at Friar’s Head, the dramatically beautiful course located in Riverhead, N.Y., in the Hamptons. The event, benefiting the Ann Liguori Foundation and the charities it supports, has been held in the Hamptons each year and is now a local tradition on Long Island, bringing in people from all over to play golf for a good cause.

According to a press release, “Monies raised will continue to support a variety of not-for-profit organizations including American Cancer Society, St. Jude’s Hospital, Southampton Hospital, Ovarian Cancer Research Fund and camps that teach nutrition for young people,” all in the name of helping to fight cancer and support those fighting the disease.

This year’s tournament combined great golf on Friar’s Head and great prizes being doled out at the live auction afterwards. Among the prizes auctioned off for charity were golf trips to Ireland, Puerto Rico, and to the incredibly exclusive Christophe Harbor in St. Kitts.

Along with running the foundation that bears her name, Liguori is a nationally-renowned sports radio and television host, reporter, producer. She’s also the author of the book, “A Passion for Golf, Celebrity Musings About the Game.” During her career, Liguori has covered the Masters, U.S. Open and PGA Championships, as well as U.S. Open Tennis and the Ryder Cup for CBS Sports Radio Network and WFAN Radio. She’s also hosted a live, call-in, weekly sports show for more than 20 years.