Are These the Biggest Tiger Woods Fans Ever? 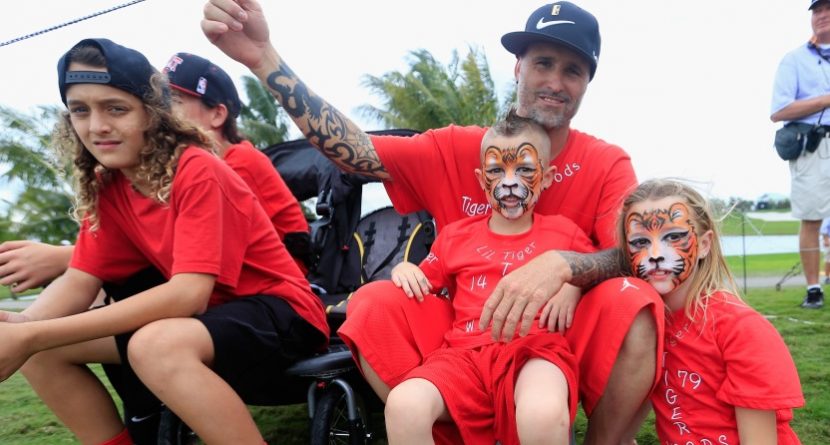 Tiger Woods boasts a lot of fans. Probably more than any other golfer ever. It would be impossible to choose the “biggest” Tiger fan.

But this family has to be in the running: That photo was taken Thursday during the WGC-Cadillac Championship at Trump National Doral outside of Miami. And those are some pretty incredible paint jobs.

But this isn’t this family’s first PGA Tour event. We’re 99.9 percent sure that this same man and two kids were at last year’s Honda Classic, which takes place in Palm Beach Gardens an hour and a half up the coast from Doral. Yet we’re 100 percent positive this same family took in the 2012 WGC-Cadillac Championship. Those tattoos! We wonder if the boy shaved the “TW” logo into his head AND did the face paint this year. That would edge him even closer to the top of the Tiger fan list.