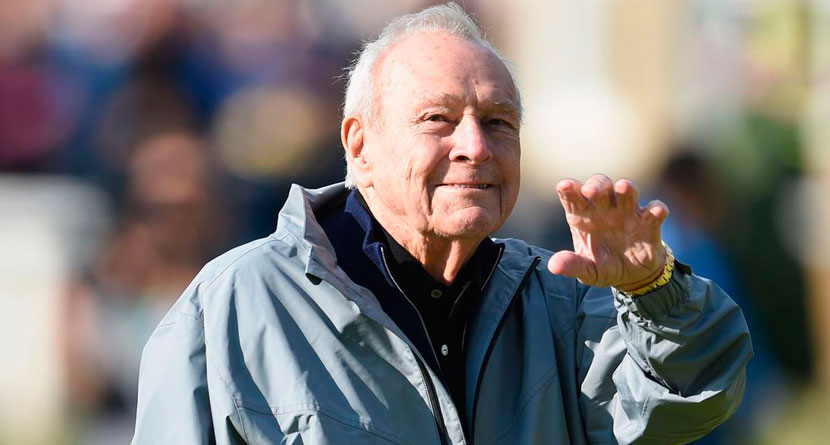 Arnold Palmer’s life was rich is more ways than one. The golfing legend who is credited for making as much as an impact off the course as he did on it is having his substantial estate split up among charities, family members and employees.

The King, who passed away in the fall of 2016, was estimated by Forbes to have assets valued at over $875 million. Although he only made $3.6 million in on-the-course earnings over his career, his charismatic nature allowed him to earn 240 times that in other endeavors.

WESH-TV in Orlando obtained the documents submitted to the Orange County Circuit Court that detail those to receive some of Palmer’s inheritance.


The Orange County Circuit Court has received dozens of documents, including the will of late golf legend and top philanthropist Arnold Palmer.

Those documents spell out gifts, beneficiaries, and claims for his charitable foundation, while leaving most of his vast estate to be divided equally among his two daughters. He died Sept. 25, 2016 at the age of 87.

Like his signature swing and unequalled enthusiasm for promoting golf, Palmer will be remembered for his gift of giving. He started “Arnie’s Army Charitable Foundation” in 2015, so his legacy can continue to benefit worthy causes for generations.

WESH 2 News has been reviewing the will, codicils, and other documents.

His foundation has filed a claim seeking nearly $10 million {$9,991,879}, an amount expected to be paid by the estate to continue its charitable work, since Palmer amended his 2014 will in 2015, to include a commitment to satisfy any “pledge” to Arnie’s Army.

According to Forbes, Palmer leaves behind assets, including golf courses, real estate, and merchandise licensing worth an estimated $875 million. Forbes also estimated his lifetime earnings from golf and business at $1.3 billion.

Palmer, of course, was most generous when it came to the children’s hospital built in his name, and the Winnie Palmer Hospital for Women and Babies, named for his late first wife.

Palmer previously told WESH 2 News in 2012, “Those kids, you know, one of the great things in my life is having a parent or a child come up and say thank you for the hospital and what has happened at the hospital.”

There is no mention in the will about potential future endowments.

But it does provide $10 million for Palmer’s widow, Kathleen, $5 million to satisfy creditors, and $25,000 each to eight employees. His two daughters, Margaret Palmer and Amy Palmer Saunders equally divide the remaining assets.