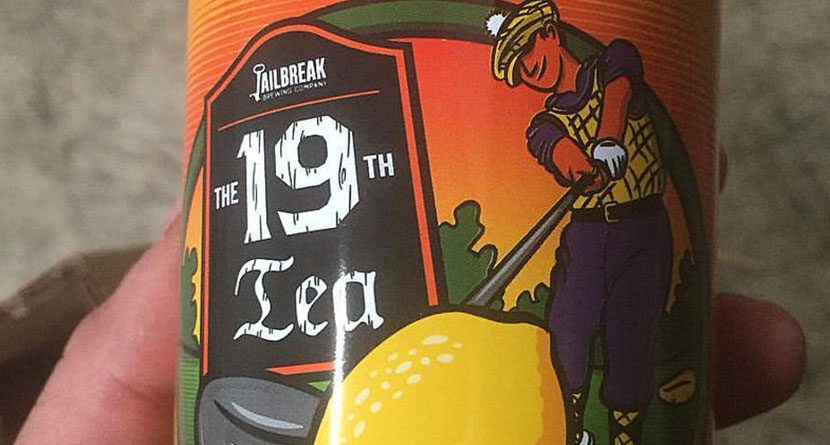 Even the most ardent Arnold Palmer drinkers might have to reconsider their post-round drink order thanks to Jailbreak Brewing’s new golf-inspired beverage. The 19th Tea is beer twist on the King-inspired lemonade and iced tee and an alternative to the John Daly, which adds vodka to Arnie’s cocktail.

Jailbreak Brewing — near Golf News Net headquarters in Maryland — has come out with a summer beer that’s meant to be refreshing and could be perfect for your next round.


It’s an amber ale called The 19th Tea, and it’s a play on the Arnold Palmer half-and-half. It’s a light amber ale brewed with black tea, then finished with lemon juice and more black tea. There’s a mild caramel aroma, as well the notes of the Arnold Palmer ingredients that go into a light drinking beer with a crisp finish.

The beer isn’t bitter at all, coming in at 19 IBUs (International Bitterness Units), but it does have a little punch behind it at 6.1 percent ABV (alcohol by volume).