Iconic Palmer Driver Up For Auction 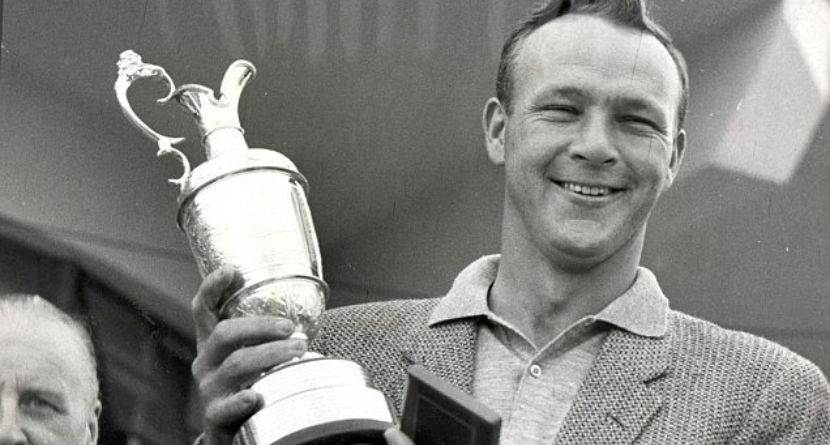 The Open Championship returns to Royal Birkdale this week, site of Arnold Palmer’s triumphant first win across the pond in 1961. It was this victory that is largely credited with attracting American pros to make the trip over seas and play in golf’s oldest championship.

Of course, this will be the first playing of The Open since the King’s passing and Heritage Auction recently announced they are putting an iconic piece of Palmer’s memorabilia on the block: his Walter Hagen-endorsed persimmon driver that he used in 1961 to capture the Claret Jug.

It even comes with a letter from the King himself stating its authenticity:

To Whom It May Concern:

This will certify that Mr. Robert D. Robinson had a Walter Hagen driver built for me in the winter of 1961 and I subsequently used it when I won the British Open Championship later that year. I gave that driver to Bob Robinson in 1968. It has a registration number of “AP1961” stamped on its sole.

According to Heritage Auctions, the club is expected to fetch $80,000 and up. Bidding begins Friday.