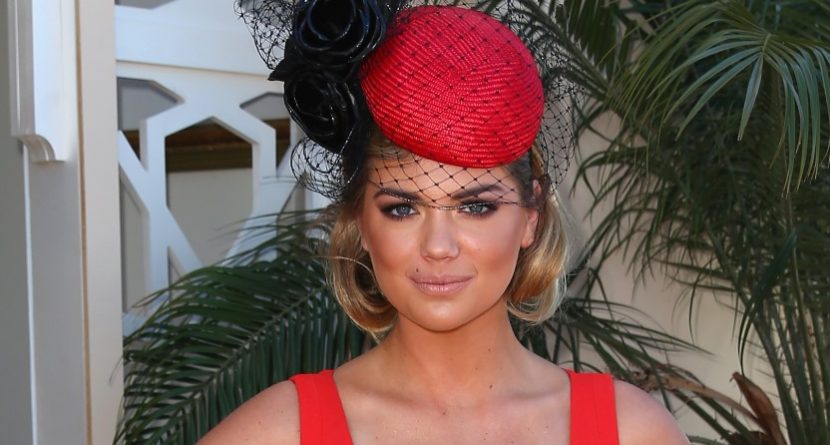 Out on stands today is the much-discussed Golf Digest issue featuring supermodel Kate Upton and supergolfer Arnold Palmer on the cover. Inside, Palmer recounts the golf lesson he gave to Upton, and his story is filled with praise for the 21-year-old who’s really just learning the game for the first time. The legend said he could tell right from way she gripped a club – firm but not too much tension – that she’s going to be a good player. The first club she wanted to hit was driver and Palmer quickly noticed Upton’s natural desire to swing hard. He also spotted natural athleticism in Upton, and believes her positive attitude will help her growth as a golfer.

Not surprisingly, the article Palmer penned was classy throughout.

Prior to meeting at Palmer’s Latrobe Country Club in Pennsylvania for the lesson, Upton first met the legend in March during the week of the Arnold Palmer Invitational at another of Palmer’s clubs, Bay Hill Club and Lodge in Orlando. The model inquired to see the work Palmer was doing with two children’s hospitals that bear his name. The two stars of different generations were connected by Lisa Benson, who serves as Upton’s manager and whose father used to play golf with Palmer at Latrobe. A few years back, Benson was looking for a job, so Palmer talked to some folks at IMG, the sports and media business, which then arranged an interview for Benson, who got the job and eventually began working with Upton.

Then in August, Palmer and Upton reconnected for the Golf Digest shoot:

Naturally, we all assumed Palmer was the one giving the golf lesson, but it appeared that once Upton got the hang of things, she had to remind Palmer of some tips he once handed out:

And last week, Golf Digest released some behind-the-scenes video of the photo shoot: