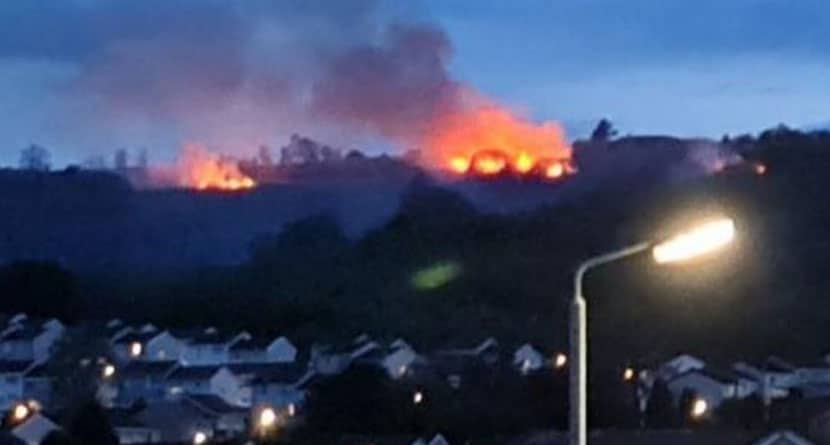 A group of “booze-fuelled youths” have been causing trouble at a Scottish golf club this spring, with their latest exploits resulting in a fire that could be seen for miles and one that took firefighters hours to extinguish.

Fereneze Golf Club is a relatively short 5,962-yard par-71 layout that is just 30 minutes from Glasgow’s city center, and it has proven to be the perfect gathering place for misbehaving adolescents.

On Sunday, May 2, Fereneze Golf Club captain Bert Holt said five separate fires were started in the gorse bush areas of the course on Sunday night, with one large area particularly well ablaze, according to a report from The Barrhead News.

“One of the fires was next to the third tee and another close to the 17th tee,” Holt said. “Thankfully, there was no damage to the golf course. My biggest concern is that valuable police and fire resources are being wasted tackling blazes on the golf course when they could be better deployed elsewhere.”

“We also had a case recently where a group ripped out flowers which had just been planted. It was pointless vandalism. Ultimately, it is down to their parents to make sure these things don’t happen.”

Police have been working with East Renfrewshire Council to source CCTV evidence and earlier this week, the authorities urged parents to know where their children are as officers crack down on anti-social behavior.

“The consequences of this behavior are far-reaching, so we are keen to push the message – know where your children are and don’t have them involved in all sorts of things which could get them into trouble, particularly the setting of fires,” Inspector Michelle Grant said.