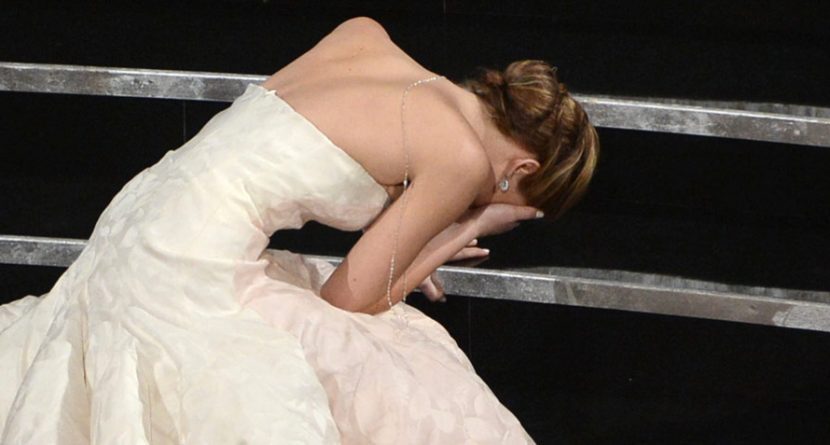 I admit it. I tuned into the Oscars, but this year I discovered a way to make them even more appealing: DVR. This way I could fast forward through all the boring speeches and get to the good stuff like what all the A-listers were wearing.

Adding to the excitement this year, my husband and I each filled out a ballot beforehand, guessing the winners of each category. I fared pretty well considering I had only seen about half of the films nominated. Having something invested in the show made it even more appealing and a friendly competition with the hubs made for added enjoyment.

In honor of the Oscars I’ve decided to write my own recommendations as well as films to pass on for date movies.

For anyone who hasn’t seen “Argo,” which won Best Picture, I highly recommend it. Great movie to watch on a date night because it offers depth (great to discus post film viewing), an interesting subject matter, humor and suspense rolled into one.

I don’t think “Les Miserables” is a good one to watch on a date for several reasons. Although I enjoyed the movie very much and was extremely impressed with the acting and singing abilities of the cast, it’s far too long of a movie for a date. Plus I don’t think anyone wants to cry through an entire movie while they are on a date. Or more like sob because it’s a real tear-jerker, like mascara all down the face, a real hot mess.

“Silver Linings Playbook” was such a feel-good movie in the end, and I feel would be a great movie to watch with a date. There’s something in it for guys and gals so don’t think I’m biased because the handsome Bradley Cooper plays the starring role. OK, well, it doesn’t hurt but his acting is superb along with the rest of the cast including Robert De Niro (a pleasant departure from the Focker movies, back to the De Niro that we all know and love) and Oscar winner Jennifer Lawrence. Two thumbs up on this one. I would plan a date night in with pizza and wine when it comes out on DVD soon.

“Beasts of the Southern Wild” was pretty interesting and worth a rental. The little girl in the movie, Quvenzhane Wallis, is fierce and fun to watch. If you are looking for something different to watch with your sweetie I’d give this movie shot. Be prepared for a discussion after because the film does raise some interesting questions. And there may be a little confusion and clarification needed.

“Zero Dark Thirty” is a film I have not seen but really want to soon. The movie is still in select theaters, and I’m hoping to catch it this weekend with my husband. It seems appealing to both of us mainly because of the story, and we love a good cerebral thriller. Back in my single days if someone took me to see this movie I’d be excited and impressed with the selection. I can’t do scary movies so this movie is about as suspenseful as I can handle. I think when selecting a movie it’s obviously important to have the input of the other person. Like I said, I can’t do scary movies, and if a date tried to take me to one that would be a deal breaker because I really can’t watch scary movies period.

“Lincoln” is a good film, very well acted and production is first rate (that Spielberg knows his stuff)  but I wouldn’t recommend it as a date night movie unless you are both huge history buffs. I feel the previously named movies are a better bet. The last thing you wanna do is fall asleep after a long week and start snoring during this bio pic.

“Django Unchained” is a movie my husband saw and enjoyed, but it’s just not my thing. I think it’s best when selecting a date movie to stay away from anything with too much violence, which you know you are gonna get in a Tarantino film. I liked “Pulp Fiction” and am a fan of Jamie Foxx, but this one just isn’t for me I don’t think and my husband concurred.  Maybe better to just watch this one on your own, fellas.

Well, those are picks now that the Oscars have been doled out for this year. Remember: sometimes nothing beats a good movie and even better company if you ask me.

Please keep your questions coming to @AlyWaite and @AskAliB9N using the hashtag #AskAliB9N. Have a great week!