Two Arrests Made on Grounds at 2017 Masters 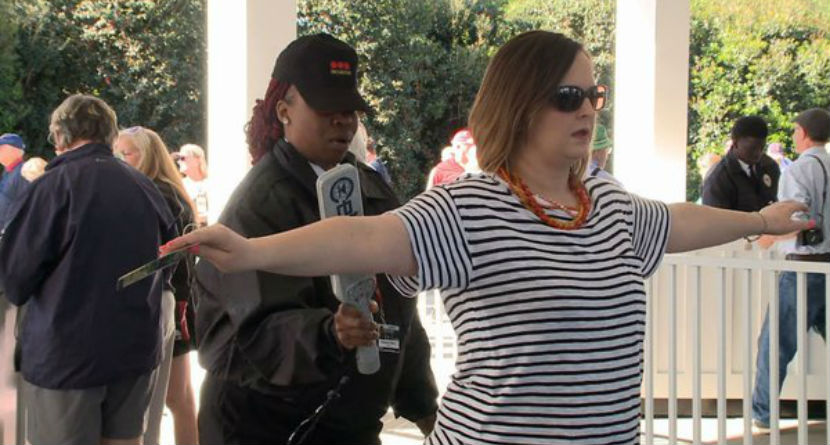 Augusta National is a bucket list place to visit whether you are a golf fan or sports fan in general. Being that it’s basically a national treasure, the security there legitimately feels tighter than Pentagon. The last thing you want to do is get your badge taken away, and even worse being escorted off the premises in cuffs. However, some people never learn. In fact, since 2010 there has been at least one arrest a year, with the only exception being 2011. This year’s Masters was no exception.

According to an Augusta Chronicle report, two arrests took place on the grounds during the event this year. One was for marijuana, and one was for shoplifting:

Ken Petronis, 59, of California, received a citation for misdemeanor possession of marijuana Friday after police said they found him smoking at Augusta National. Richmond County sheriff’s Capt. Scott Gay said people were complaining about the smell. A Georgia Bureau of Investigation agent who was working on the grounds witnessed the incident and made the arrest.

Rebekah Sarah Moore, 30, of Waynesboro, was charged with theft by shoplifting Sunday after her shift as a security officer at the main pro shop. Moore was employed by Securitas, a third-party company providing security during the Masters.

According to a sheriff’s office incident report, a pro shop employee saw Moore pick up several items but only paying for two of them at the register. Moore admitted she did not pay for the items, authorities said. The items included a navy tote, a rain jacket, a Masters belt, a cup and a flag, which totaled $272.

While we don’t condone these actions at all, they are fairly tame compared to years past. Last year a man drunkenly stumbled into a bunker and was charged with disorderly conduct. Then there was a guy back in 2014 who claimed to be Adam Scott’s father when he tried to drive down Magnolia Lane. Obviously, that didn’t work out. Topping the  list though was in 2010 when a Canadian man ripped off his shirt and jumped into the pond near the 16th hole and then claimed he didn’t know it was against the rules.