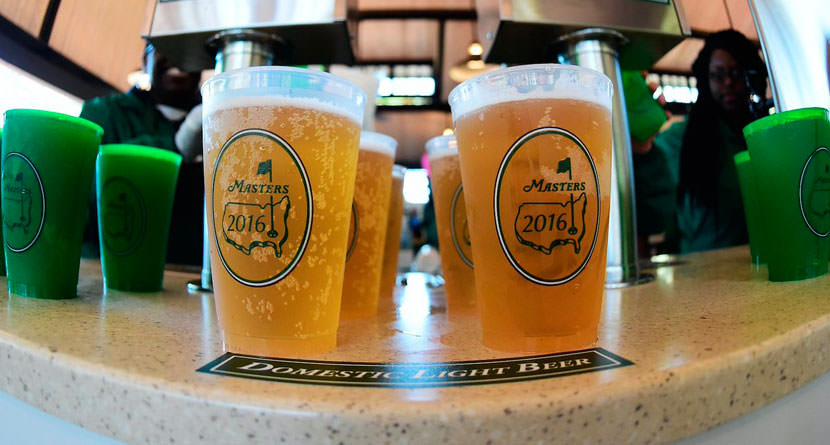 Augusta National is the picture of serenity during the Masters Tournament and anyone brave enough to shatter that tranquility, especially with a popular beer ad slogan, will be swiftly escorted off of the property, according to Bunkered‘s Bryce Ritchie.

Just been told security staff at Augusta National have been handed a sheet with a list of sayings that are prohibited. I’m told “dilly dilly” is one of them. Patrons who shout out these phrases will be “removed” immediately. #themasters

“Security staff at this week’s Masters have been handed a sheet by officials from Augusta National Golf Club with words and phrases that are not allowed to be shouted by patrons,” Ritchie wrote. “A member of working security told bunkered.co.uk that all staff had been given the sheet, and were duty bound to escort the guilty patrons off-site immediately.”

Related: Tiger And Phil Team Up For Tuesday Practice Round At Masters

While the full list of phrases hasn’t leaked, a security official made mention of the popular Bud Light slogan “dilly dilly,” a variation of the “hear hear” drinking toast. Fan behavior, especially as it pertains to drinking at events, has come under a lot of scrutiny already in 2018 with Justin Thomas, Rory McIlroy and Sergio Garcia all having run-ins.

Sensing a marketing opportunity to piggy-back off of the Masters buzz, Bud Light took advantage of the report and will be handing out “Dilly Dilly” shirts outside of the Augusta National gates.

Our King weighs in on the Dilly Dilly ban. pic.twitter.com/rVxrD5dsNf

Who knows if you’d get kicked out Augusta National if you yelled “Dilly Dilly” this weekend, but the folks at Bud Light have made these to allow patrons to still support the brand. pic.twitter.com/GY23RoeTLY

Augusta National has been notoriously vague in their beer vending over the years. Offering only three beer options — Domestic Beer, Import Beer and American Craft Beer — big brands such as Bud Light do not get the recognition they crave at such a high-profile event.

It seems that this year, Bud Light is taking the fight to Augusta National.