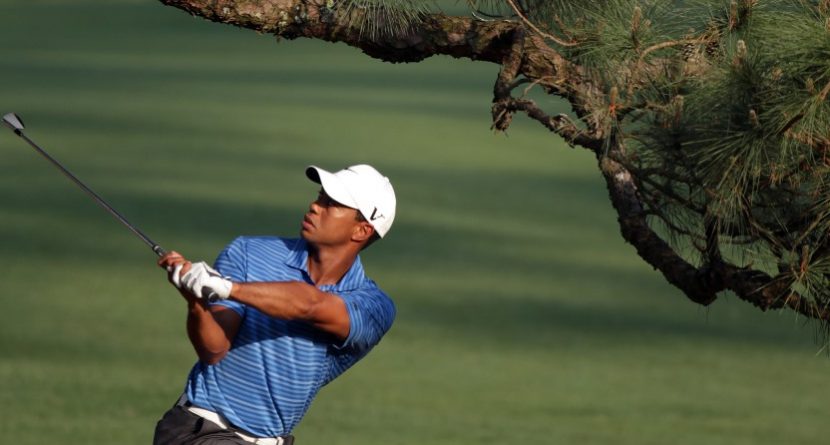 Do we dare wish a “Happy Presidents Day” to Dwight “Ike” Eisenhower because the tree he so despised at Augusta National had to be removed Sunday? Surely the 34th President of the United States wouldn’t wish damage upon anyone or anything, but that 65-foot Loblolly Pine so irked Ike that he asked the members to remove it in 1956.

His presidential powers didn’t extend that far, however, so the tree stayed. That is, until an ice storm hit Georgia hard late last week, causing irreparable damage to the famed tree that hugged the left center of the 17th fairway at Augusta about 210 yards from the tee box. It was thought to be 100-125 years old, and had been held together for years by cables.

It became known as the Eisenhower Tree after the president’s surprising request. As much as he may have tried to avoid it, the Augusta member since 1948 sent many a tee shot into that tree and felt his time on the course would be so much more enjoyable if the obstacle was simply removed. But Augusta chairman Clifford Roberts felt Eisenhower was out of line, and he quickly ended the club meeting at which the request was proposed.

So Eisenhower never got to enjoy a round without that nuisance, but this year’s Masters players will. They might be thrilled.

As you may recall, this is the tree under which Tiger Woods found himself in 2011. After the Masters that year, he mentioned that it was a shot from there that caused injuries to his knee and Achilles, and ultimately led to Woods missing four months of action.

Jack Nicklaus said the tree will be sorely missed, and recalled his strategy navigating the pine.

“When I stood on the 17th tee, my first thought, always, was to stay away from Ike’s Tree. Period. … I hit it so many times over the years that I don’t care to comment on the names I called myself and the names I might have called the tree,” he said.

Very sad news. RT @rogeraspark @IanJamesPoulter I see that the Eisenhower Tree is no more. Is that a good thing or not? #Augusta — Ian Poulter (@IanJamesPoulter) February 16, 2014

Big-hitting Bubba Watson, however, never felt the tree was much of an issue.

2012 masters champ Bubba Watson on the Eisenhower Tree: “let’s be honest, that tree was never in my way.” — Adam Schupak (@GolfweekSchupak) February 17, 2014

Related Links: Presidential Golf Facts You May Not Know