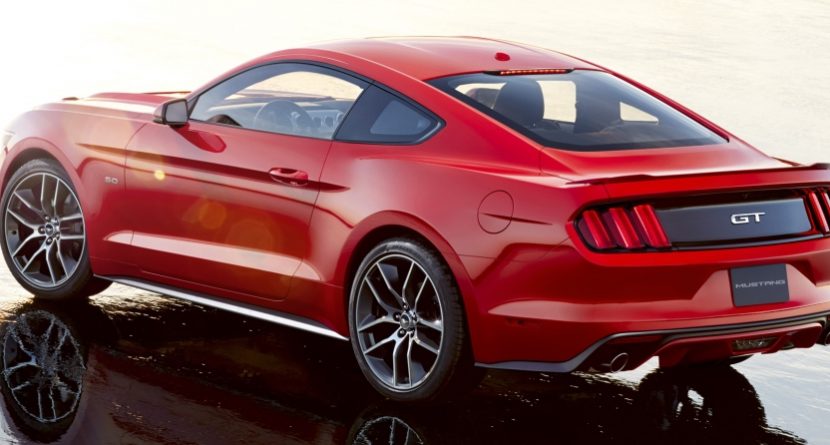 On the eve of 2014 and its 50th anniversary, the latest Ford Mustang was revealed to the world on Thursday. How bad do you want to show up to the golf course in one of these? It may look like the same, classic Mustang, but not so under the hood. The standard 5.0-liter V8 engine comes with more power than the current versions, and also available are V6 or four-cylinder engines. And for the first time, the Mustang will feature fully independent rear suspension. Which is based off of this: And coming soon is the Mustang Boss 302, which will be based off of this: