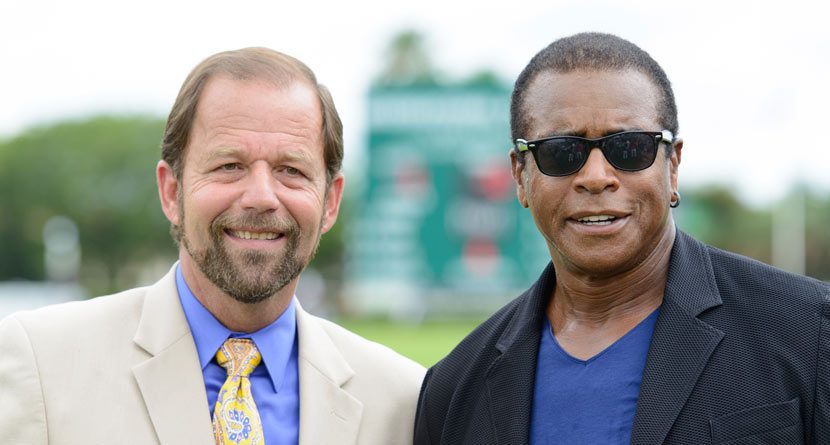 Less than two months remain until golf’s second major of the year, the U.S. Open, but the U.S. Open for polo took place this past weekend. It’s the first of three Grand Slam events for the sport, with the British Open and Argentine Open coming later in the year.

On hand at International Polo Club Palm Beach for the 110th edition of the championship on Sunday was Back9Network host and Executive Producer Ahmad Rashad, who flipped the coin prior to the match. By his side on the polo grounds was Ava, Ahmad’s daughter. The International Polo Club is 30 minutes south of Rashad’s home in Jupiter, Fla. The Emmy Award-winning broadcaster is currently working on his new show, “AHMAD RASHAD,” which is in production now.