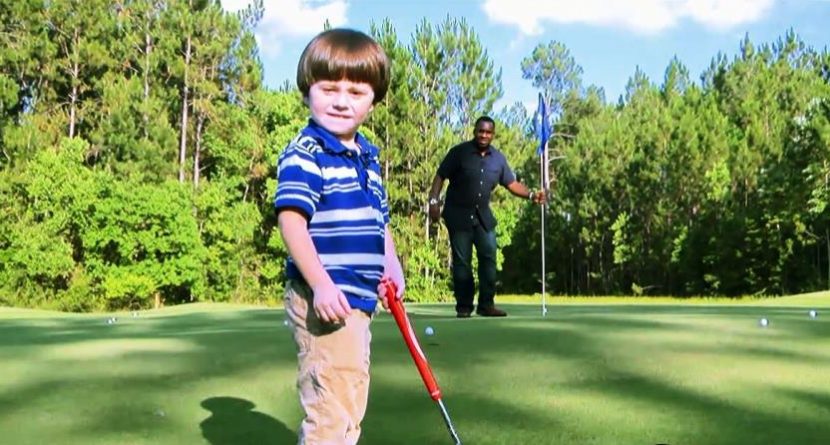 In April, we came across the story of James Grimes, a 3-year-old with a nice golf swing in Louisiana. Back then he had yet to compete in a tournament.

Now he has. ABC News’ “Nightline” followed around the Grimes family recently as Baby James took part in his first event. He played against some older kids, had some good shots, and also acted like a 3-year-old.

And of course, footage of a 2-year-old Tiger Woods on the “Mike Douglas Show” was spliced in as well. So before Baby James even reaches pre-school, the Tiger Woods comparisons have begun:

Check back in 15 years and we’ll see if James is still on track to become the next Tiger. Or the next Rory McIlroy. Or Jordan Spieth.