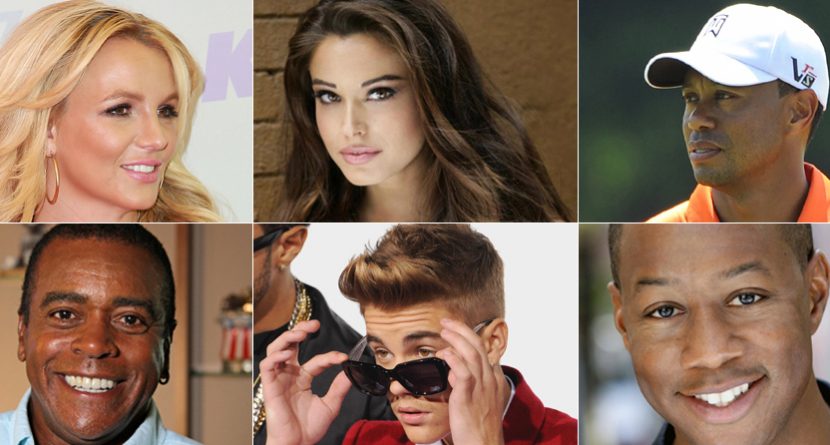 With a new year comes new hope, and with new hope comes new boldness. To capitalize on that confidence, we asked some of the talented folks who work at or with Back9Network for predictions about 2014.

Some are safe, some are questionable, and some are crazy. Enjoy:

Jenn Bosworth, Back9Network Host
I predict that Tiger Woods and Lindsey Vonn will make a big step in their relationship – whether it’s getting engaged, moving in together, or heck, even getting a dog together! Everyone is expecting these two to take it to the next level. Charles Everett, Back9Network Host
Three predictions for 2014: Tiger will win the U.S. Open at Pinehurst; Justin Bieber will do a stint in rehab; Democrats and Republicans will not get along. Javier Colon, “The Voice” Season 1 Champion
1) As far as the golf world is concerned, my prediction for 2014 is that Tiger’s coming back to win some majors this year. I’m thinking at least two. I’ve got a good feeling about it.

2) Early in 2014, the thing that’s on the forefront of my mind is that the Patriots will win the Super Bowl.

3) In the music industry, Brittany Spears gets a new show in Vegas! I predict she is going to make a KILLING and it’ll be one of the most popular shows of the year.

4) Adam Levine will go back-to-back and win season six of “The Voice”!! (That would be awesome.)

5) I predict I will have a new album out this year. (I have inside information on that one. Haha!) Matt Adams, Host of “Fairways of Life”
1) A 24 year-old from Europe, who is a brand ambassador for Nike Golf, will win the PGA Championship at Valhalla, only it’s not the one you are thinking of. Thorbjorn Olesen of Denmark has the raw talent and the devil-may-care approach to the game (and life; a reporter recently asked him why he’s living in London when it provides few opportunities to sharpen his game, and he replied, “…because I’m 23 and single.” Thorbjorn turned 24 on Dec. 21). So, the question about Thorbjorn is one of commitment to doing all the things he needs to do to maximize his potential (haven’t we heard that before?), but in any given week, at any given tournament, he has the ability to dazzle. His week will come in August 2014, in Kentucky.

2) The 2014 Ryder Cup at Gleneagles will be an epic battle…literally. In Friday’s four-ball session, Ian Poulter will nearly lose two of his after an argument ensues when, in an attempt to locate a wayward provisional drive, Poulter will get into a physical tussle with an Uncle Sam faithful dressed in full regalia. Poulter slightly strains his thumb in the shoving match, which is quickly broken up by officials. When his second (provisional) ball is located, very near the out-of-bounds designation, it ignites a new round of indignation and accusation as a flustered rules official deems the embedded ball to be in-bounds and grants relief. U.S. Captain Tom Watson is incensed, calling the incident “…a dark day in the history of the Ryder Cup.” Poulter, who will sit out the morning session the next day (presumably to nurse his sore thumb) and partner Lee Westwood will lose the disputed match, nonetheless, to Jordan Speith and Rickie Fowler, 2 and 1.

3) In an aggressive marketing move that sets in motion fundamental changes in the auto industry, Japanese automaker Toyota introduces a fully self-driven car through its premium Lexus brand. While self-driven cars have been in development for years, the move catches the global auto industry by surprise, as none expected a commercial offering for at least two more years. State and Federal regulators react immediately, requiring drivers to “maintain a driving posture and awareness.” It is deemed in the eyes of the National Highway Traffic Safety Administration that the fully-automated technology is simply a “driver’s assist option,” until it is “fully vetted.” Ali Waite, Back9Network Columnist and Host
My prediction is that the Seahawks will win the Super Bowl!