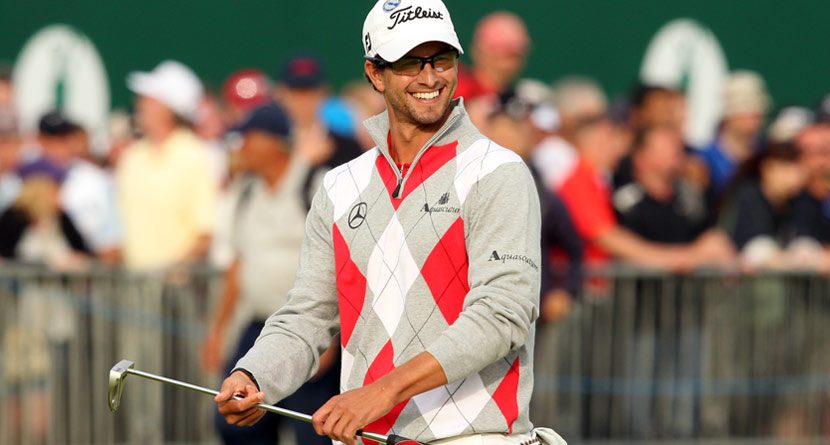 While it’s a fashion cliche that what is once old inevitably becomes new again, the fashions found in John Wanamaker’s department stores in the 19th century will never be new.

However, golf fashion has evolved in the last decade to bring back some trends from a bygone era. Clothes fit a little tighter, perform much better in all conditions and burst with color. In other words, golf threads in the 2010s more resemble what players wore in the 70s (sans flared bottoms) than the 1990s.

Here are the five players we think look best out on the PGA Tour: The reigning Masters champion became th first golfer outfitted by Uni Qlo the week of his major breakthrough, and the relationship has paid off for both sides.

Scott would look good in most clothes, but chooses a classic, somewhat understated look that matches his personality. The Aussie pays a lot of attention to detail, leaving no stone unturned. Uni Qlo appears to have done the same with their foray into the golf market. Perhaps it’s the mark of his fashion brilliance that Ian Poulter was so disillusioned with the threads available to him that he created his own line to fit his personality.

The IJP Design clothes are an extension of Poulter’s loud public persona, filled with tartans and bright colors that make his presence on the course unmistkable.

The look isn’t for everyone but, then again, it’s not meant to be. The Ulsterman is probably golf’s greatest throwback when it comes to style.

Along with Irish clothier Kartel, the 2010 U.S. Open champion developed a line that reflects McDowell’s tastes. The shirts have buttoned collars, breast pockets and a fit that works for any body type despite their modern cut.

McDowell makes his look seem effortless, which reflects his carefree attitude and the way his game makes golf look so simple. The former world No. 1 has been a long-time member of the Polo Ralph Lauren staff, and for good reason. Donald was born to wear the Lauren look.

He appreciates classic styling, which extends into his bag with Mizuno Golf as his primary equipment sponsor.

Donald takes the occasional chance with his threads, which makes sense given he isn’t all that aggressive of a golfer. But as putting is the mainstay of his game, well-packaged clothing from Polo is his fashion foundation. Not too many players can dress as loudly as the Man in Orange does, but Fowler pulls it off in Puma gear.

Puma goes with the flat-brim cap, which has become increasingly popular among his peers and has exploded with junior golf fans that want to look as cool as the Oklahoma State product.

While Fowler isn’t afraid to try some of Puma’s more unique patterened designs, he tends to stick with bright solids as the staple of any outfit.

As Fowler ages, it’ll be interesting to see how his fashion choices evolve. Will they still reflect a guy with a penchant for the extreme and aggressive — while maintaining a toned-down personality — or will they temper into conformity?