Barkley: Golf’s Fun, Until You Hit Somebody 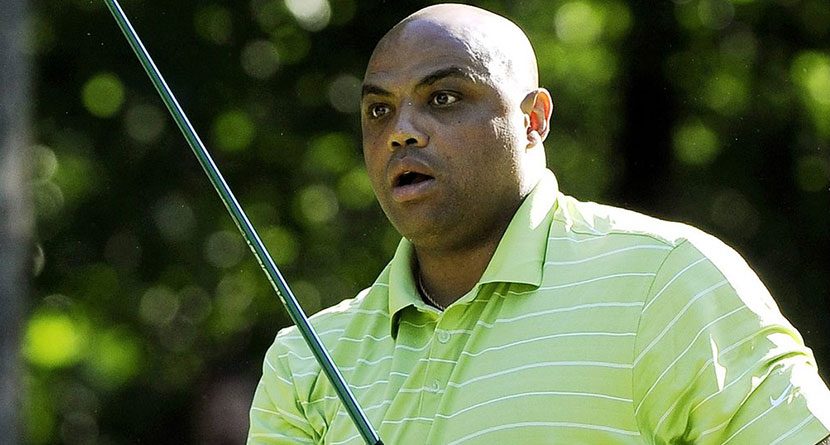 Charles Barkley is just one of a myriad of celebrities who will be teeing it up this week at Lake Tahoe’s American Century Classic. While these stars of stage, screen and athletic fields know how to perform in front of captivated audiences, it’s usually doing what they’ve spent their whole lives training for, ie. not golf.

The Round Mound of Rebound had some pertinent advice for his playing partners ahead of this year’s tournament, warning them that it’s all fun and games until someone gets a Titleist tattooed on their skull, via Philly.com:

Leave it to Charles Barkley to capsulize the challenges he and others will face atop the Sierra this weekend trying to keep their golf balls in the fairway, away from the galleries and out of the water during the 27th annual American Century Celebrity Golf Championship at Lake Tahoe.

“Golf is fun, until you hit somebody in the head,” said Barkley, the Hall of Fame basketball player who’s a 6,000-to-1 long shot to win but still draws some of the biggest crowds at Edgewood-Tahoe Golf Course in Stateline.

Too true. Let’s take this opportunity to look back at some of the best of the worst of Sir Charles on the links.

I’m not quite sure how Charles manages to move his back leg in front of his left at impact, because that should be physically impossible, seeing as though his weight remains in the middle of his “stance.” He might be a magician.

This is really painful to watch, so I apologize. But just look at how hard Charles is working to stop his swing, reload, stop, reload, stop and reload one last time. It’s as if he forgets where he is three times in the midst of his swing.

Charles’ leg muscles are on overdrive in this video, shaking to the point of failure milliseconds before breaking his driver. The expression on his face is absolutely fantastic. It’s as if he can’t believe how bad that was.

For some ungodly reason, Charles bet Kenny Smith $1,000 that he could outdrive him. He also agreed to do that on video. I feel like he needs an intervention.

We Are Getting Closer!

Actually, this one wasn’t so bad. He still has a hitch, but it’s only one stutter before hitting a monstrous 100-yard drive. On the roll, kids. On the roll.

Just Keep Your Head Down, Chuck!

UGH. JUST SO CLOSE. WHY DO YOU STOP?!? So frustrating.

He just hit that shot one-handed. Even crazier? It almost looked natural.

Chuck’s had a long day. His shirt is drenched in sweat. He lost his hat somewhere. He’s out of sunscreen. And you are sitting there with a damn video camera. Chuck’s got something for you.

You know what? If Tiger Woods wants to take time out of his day to make fun of my golf swing, I say go for it. I’ll consider it a badge of honor.