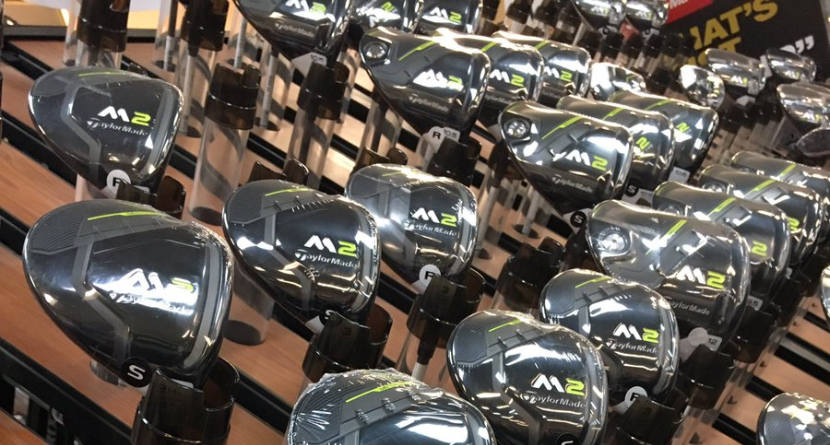 If you thought golf equipment was expensive already, you better prepare yourself for prices that could be even higher thanks to a new proposed tax. It’s called the border adjustment tax, or BAT for short, which has the potential to increase equipment prices as much as 20 percent or more if it is approved.

Alex Miceli, founder of the Morning Read, breaks the tax down in layman’s terms for what it could mean for the golf industry and you:

The tax would encourage companies to manufacture products in the U.S., providing tax breaks to firms that export goods and removing them for imports. The goal would be to keep those manufacturing jobs in America and cut the corporate income-tax rate from 35 percent to 20 percent. However, with 99 percent of golf club heads, most bags and apparel made overseas, much of the golf gear bought in the U.S. would be hit by the proposed 20-percent tariff. In short, the $500 driver that you’ve been eyeing would cost $600 under the BAT.

A proposed import tax could raise the price of your new driver, reports @alexmiceli. https://t.co/5GWyYtUSSq

Considering the difficulties in the golf business, narrowing profit margins is not an acceptable alternative. The obvious counter to the BAT would be to start manufacturing in the U.S., but that move would be a challenge. Manufacturing facilities that can cast clubheads are in short supply in the U.S., and the expertise is not as readily available. Plus, the cost of manufacturing in the U.S. is what forced these companies to move production overseas, much of it to Asia, in the first place.

Many golf leaders have been unwilling to discuss the proposed BAT, perhaps with hopes that by not talking about it, it might go away. Now that the Trump Administration has moved behind the Ryan plan, the proposal would force an industry struggling to improve poor sales, boost rounds played and stem a decline of golfers to make some tough decisions in the future.

“Whether it’s in Asia, whether it’s in Mexico, we would love to manufacture and assemble in the United States,” Abeles said. “We would hope that the current administration would find opportunities for companies like ours to make that beneficial for us, and bring as much work as we can into the United States as well.”