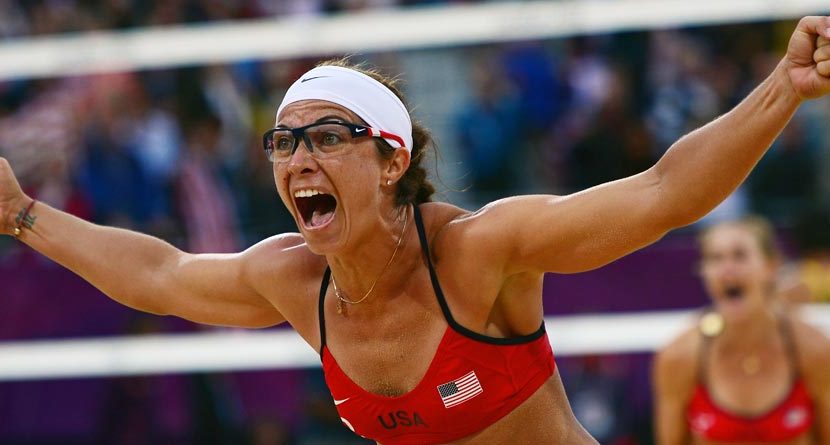 After winning a second consecutive gold medal at the 2008 Olympics, beach volleyball superstar Misty May-Treanor didn’t think she’d be back for the 2012 London Games. She wanted to start a family and spend more time with her husband, major league baseball player Matt Treanor.

She never officially retired, though, and was back on the sand in 2010, and back alongside longtime partner Kerri Walsh Jennings by 2011. The duo regained its form in time to clinch an unprecedented third Olympic gold medal in London.

After that triumph, May-Treanor officially retired. Then she fit the bill of a typical retiree and began playing more golf. This past fall, she became pregnant with her first child, but judging by this video posted to her Facebook page this week, she’s not letting that growing womb get in the way of her golf game.

Chilly here in Pebble Beach but excited to see the action. #attproam pic.twitter.com/Kj6BjOxrD5

But May-Treanor hasn’t left volleyball completely. She’s working as a volunteer assistant for the USC women’s sand volleyball program, in addition to putting on clinics for younger kids.

Her playing days, however, appear to be done – unless you count golf.