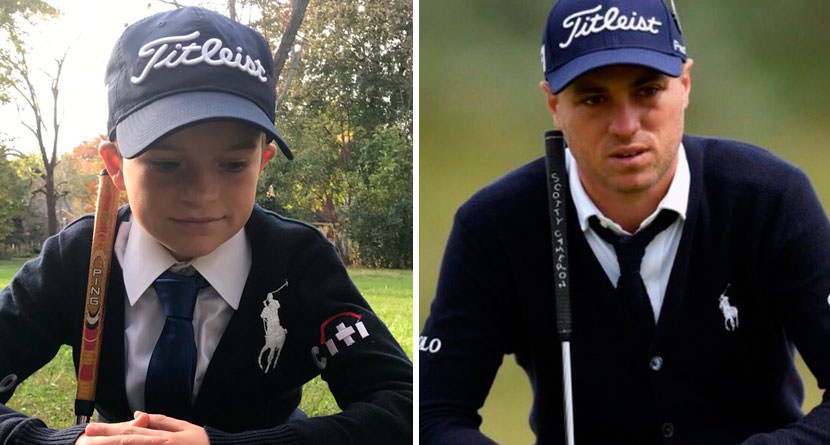 Halloween comes right at the tail end of the golf season as many around the country are battening down the hatches for the winter freeze and putting the clubs away for the winter. The true golf sickos, however, never have those green fairways far from their minds.

Naturally, whether it be Tour pros or those who just can’t get enough golf in their lives, Halloween offers the opportunity to allow pros to show off their personality or fans to pay homage to some of their favorite players.

Without further ado, here are some of the best golf-related costumes from this year.

People were starstruck by @RickieFowler and his caddie at the Harvest Hoedown last night! #okstate pic.twitter.com/Xg7M8HDMS0

@DJohnsonPGA @RickieFowler We had two caddies spotted at The Lane School @TLSBulldogsPE yesterday. Do you know them? Happy Halloween! pic.twitter.com/jZRBwR2wg8

Hey @justinthomas34 & @jjcad1, how did we do? Picked the greatest dynamic duo to dress up for Halloween this year!!! #biggestfans #rtr pic.twitter.com/XcESsZo26W

To see what your favorite Tour pros dressed up as, click to the next page.