Win Bill Murray’s PBR Shorts & Play Golf With Him Too 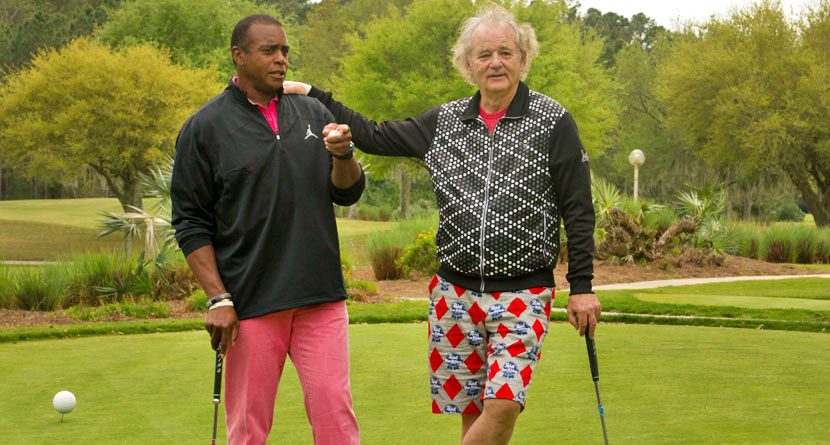 Bill Murray’s Loudmouth Pabst Blue Ribbon shorts at the Murray Bros. Caddyshack Charity Golf Tournament in March were one of the many highlights of the event — along with his cow shorts, of course. He’s probably one of the only people you’d ever see wearing PBR-inspired shorts, which is why they’re so fantastic and incredibly rare.

With that said, most of us probably couldn’t pull off the look like Murray, and until now, we haven’t had a chance to find out if there’s any validity to that statement. Thankfully, one lucky (and wealthy) person will become a proud owner of PBR shorts, because a pair is up for auction on eBay.

And they’re also signed by Murray.

But that’s not all!

The listing states that the complete package is an estimated $4,700 value. The starting bid for each began at 99 cents, and to no one’s surprise, the prices for each have already skyrocketed. Currently, the PBR shorts are going for $520 while the highest bid for the tournament package is $1,325.

The price might be steep for some of us, but come on … they’re PBR shorts and entry into Bill Murray’s tournament! And to make the deal even better, all proceeds will go to purchasing a $14,000 Action Trackchair to support injured veterans.

The listings end on Nov. 20, giving potential buyers nine days to bid their hearts out. No word yet on whether you can bid using Murray’s currency, Murraycoin, but the U.S. dollar should suffice.