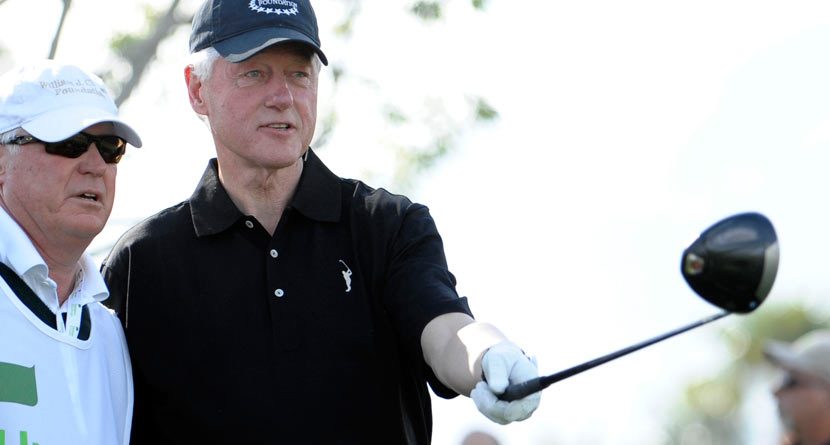 It’s been nearly 14 years since Bill Clinton left the White House. Since that time, the former president has devoted many of his days promoting health and wellness around the world and playing golf. Now, President Clinton is a PGA Distinguished Service Award winner.

“President Clinton’s life in public service is a study in making a difference in people’s lives. His own journey to achieve wellness has resulted in a passion that involves the game of golf,” PGA of America President Ted Bishop said in an announcement. “President Clinton shares the mission of the PGA of America to encourage our country’s young people to develop a healthier lifestyle through golf. For his work and the example he sets to motivate young people, we are honored to present this year’s PGA Distinguished Service Award to President Clinton.”

Clinton’s ties to golf through his philanthropic work have been well-documented. His Clinton Foundation even has its name on a marquee PGA Tour event. Since 2013, the Humana Challenge (formerly the Bob Hope Classic) has been presented in partnership with the Clinton Foundation with the hope of raising awareness for the charity.

The award has been handed out every year since 1988. Among other award recipients, President Clinton joins last year’s winner Lee Trevino as well as two other former golf-loving presidents, Gerald Ford and George H.W. Bush.