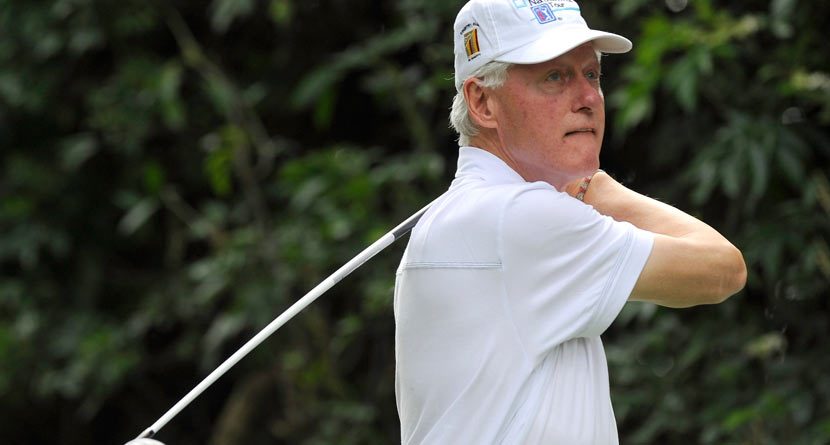 There are few men more recognizable in the world than Tiger Woods and former president Bill Clinton.

It would appear there is no love lost between the two either.

Clinton was an avid golfer during his presidency and in the new unauthorized biography of Tiger Woods coming out, there is a lot of details about the two’s relationship on and off the course. It would appear that Woods wasn’t a big fan of the 42nd President of the United States.

According to the excerpt of the book published by Golf Digest, Woods declined an invite from the White House in 1997 that honored Jackie Robinson, causing a split between the two camps. Woods later walked out of the locker room at a Ryder Cup when the then president came to visit. It became worse later on when Woods refused to take a picture with Clinton when the victorious U.S Ryder Cup team visited the White House.

That made it a surprise to Woods and his team when Clinton was willing to be a guest of honor at the opening of the 35,000-square-foot Tiger Woods Learning Center in Anaheim, California. Clinton was willing to come only if Woods called him personally, receive a private jet, and play a round of golf. Woods obliged, but according to the biography, wasn’t on his best behavior.

Woods didn’t engage much with Clinton during the and acted “completely indifferent to the group” with a lot of time spent on the phone. Woods also broke golf etiquette by leaving the green while others were putting during the round. To add insult to injury, Woods took a month to return a signed photograph of the pair to the Clinton team.

The full book “Tiger Woods” will be in stores next week.