Bill Murray Is Starting His Own Golf Clothing Line 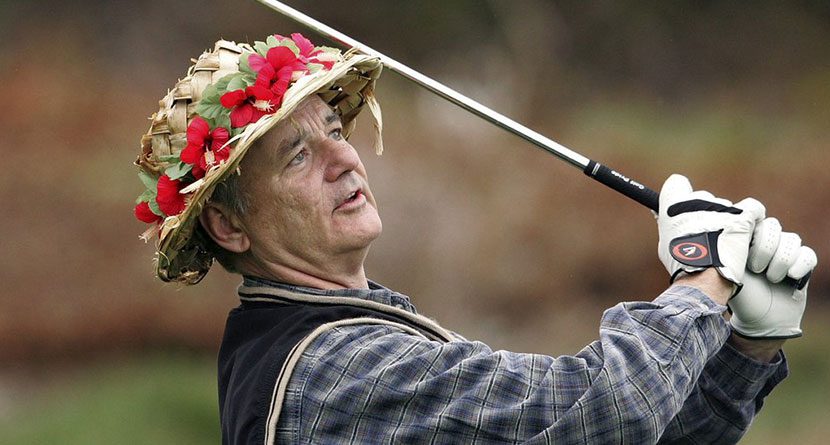 When you think of Bill Murray, golf is probably somewhere near the top of the list of things that pop into your head. Whether it be his iconic character in Caddyshack or you remember seeing him play in the AT&T National Pebble Beach Pro-Am, we know that Bill Murray loves his golf.

Well, now it’s become apparent that he likes golf more than we previously thought. Bill, along with brother Joel, has started a line of golf clothing called William Murray Golf. Vanity Fair had this to say about the new line.

Bill Murray is proving himself to be a true renaissance man. After bartending at his son’s new restaurant in Brooklyn over the weekend, it’s been announced that he has joined his brother Joel and Web site the Chive to create a line of golf attire called William Murray Golf. The label’s first release, which coincides with Bill’s 66th birthday today, includes a limited-edition baseball-inspired polo that pays homage to Chicago as well as a baseball cap with the brand’s logo, a faceless Bill Murray throwing his putter.

Murray has been a golf fixture for decades—in addition to his role in Caddyshack; he also worked as a caddie when he was younger—so his decision to come out with an irreverent line of golf wear seems on par for his brand, pun only slightly intended. “With William Murray Golf, we’re looking for that perfect combination of style, humor and subtle irreverence as a way to make things more laid back, relatable and fun,” Joel Murray told VF.com in an email. The rest of the collection, which will hit williammurraygolf.com on October 20, is set to include polos, button-ups, shorts, hats, and T-shirts, all in a soon-to-be signature playful style. Now dads will finally have something more to ask for during the holidays besides golf balls, which are hopefully next on Murray’s to-do list.

The line has already locked up its first PGA Tour pro endorser as well.

WMG released a limited edition, Cubs-inspired polo to coincide with Bill’s 66th birthday on Sept. 21, but both the shirt and hat that were available have sold out. The full catalog is expected to be available at the end of October.