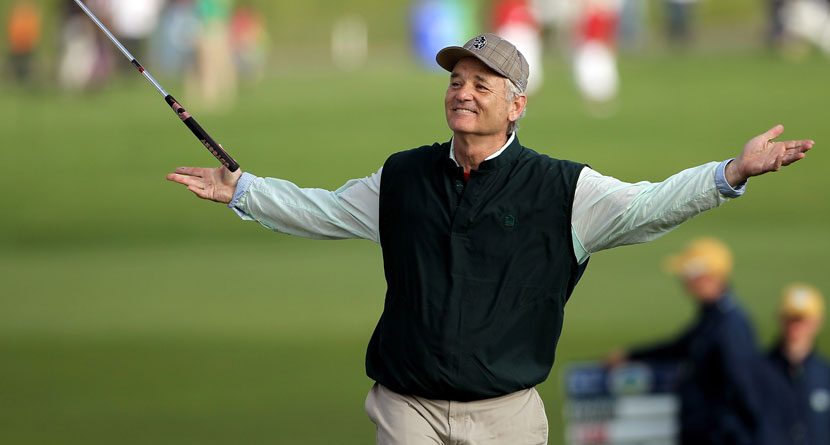 Bill Murray is a karaoke fanatic. He’s been known to sing his own rendition of Van Morrison’s “Gloria” several times, even alongside the likes of Eric Clapton at the Crossroads Guitar Festival in 2007.

This weekend at his Murray Bros. Caddyshack restaurant in St. Augustine, Fla., Murray took the stage once again to take on “Gloria,” among other songs he sang throughout the night. In a video from TMZ, Murray covers the song “House of the Rising Sun,” made famous by The Animals.

Murray reportedly performed for about 45 minutes, because anything less would be a disappointment for the comedic legend. He’s crashed karaoke parties before, walking in on one at Karaoke One 7, a karaoke bar in New York.

The Murray Bros. restaurant was opened in 2001 by Bill and his five brothers, and Bill now hosts an annual Murray Bros. Caddyshack Charity Golf Tournament at the World Golf Village in Florida.

Here are a few more of the legend’s karaoke hits, simply because Bill Murray is awesome.