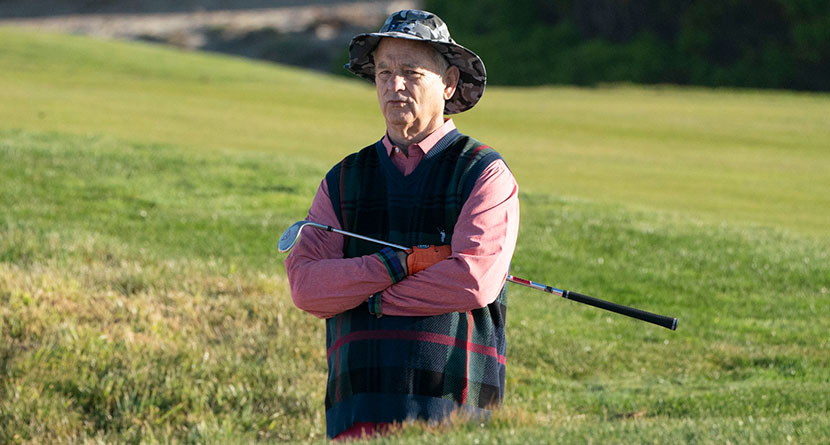 In the year 2020, nothing is normal, including cease and desist letters from lawyers representing two of the world’s most beloved entertainers, Bill Murray and the Doobie Brothers.

Last week, the Doobie Brothers’ lawyer, Peter Paterno, sent a legal warning to William Murray Golf, the irreverent apparel company founded and modeled after the laid-back golf stylings of Bill Murray, that the company needs to either pay for using the Doobie Brothers’ music in their advertisements.

However, given the protagonists of this story are an actor known for his humor and a band named after a popular recreational habit, the legalese of the cease and desist message matched the mood given by each of the two sides.

After a relatively straightforward preamble laying out that the firm was writing on behalf of their clients, who had written and performed the song Listen to the Music. From there, it got into a bit of unfamiliar territory as far as these letters go.

“It’s a fine song. I know you agree because you keep using it in ads for your Zero Hucks Given golf shirts,” Paterno wrote in the letter first obtained by The Hollywood Reporter. “However, given that you haven’t paid to use it, maybe you should change the company name to ‘Zero Bucks Given.’”

Bill Murray receives a legal demand from the Doobie Brothers. And it’s everything you’d want it to be… pic.twitter.com/R1L99yZSBj

Paterno referenced other instances of music being used by William Murray Golf without the proper rights procedures being followed but failed to mention which specifically. That’s when things got a little loose with the legal writing.

“This is the part where I’m supposed to cite the United States Copyright Act, excoriate you for not complying with some subparagraph that I’m too lazy to look up and threaten you with eternal damnation for doing so. But you already learned that with those Garfield movies. And you already know you can’t use music in ads without paying for it,” Paterno wrote, taking a shot at a less-than-proud moment in Murray’s career. “We’d almost be OK with it if the shirts weren’t so damn ugly. But it is what it is.”

The last line was the kicker for fans of Caddyshack, perhaps Murray’s most iconic role, “So in the immortal words of Jean Paul Sartre, ‘Au revoir Golfer. Et payez!’”

The William Murray Golf brass didn’t take long to formulate a response, tweeting their rebuttal on Friday in a similarly lighthearted tone.

“First, I would like to compliment you on finding levity in the law at a time when the world and this country certainly could use a laugh,” Lawyer Alexander Yoffe wrote, before incorporating a number of Doobie Brothers songs into his next sentence. “We would also like to confirm that both our firm, and the good folks at William Murray Golf, are indeed fans of the Doobie Brothers’ music, which is why we appreciate your firm’s choice of ‘Takin’ It to the Streets,’ rather than to the courts, which are already overburdened ‘Minute by Minute’ with real problems.”

In the immortal words of the @TheDoobieBros—”What the people need is a way to make them smile.”

Pointing out that a member of Paterno’s firm was in a similar rights scuffle in recent years and used the defense of no harm, no foul, Yoffe transitioned to the disparaging remarks Paterno made about the company’s “ugly” shirts, and finished with a peace offering.

“Your negative comments about (the shirts) fashionableness are especially disconcerting to all of us, especially considering 75% of my wardrobe consists of William Murray polos, shorts and pants,” Yoffe wrote. “In the immortal words of Mr. Murray – the more relaxed you are, the better you are at everything … so let’s pour one up and unwind with a listen of the recently-released ‘Quadio’ box set and plan to cross paths at a Doobie Brothers’ 50th anniversary show in 2021 when some level of normalcy resumes.

“As your client so aptly stated in this classic song in question, ‘What the people need is a way to make them smile’ — which both Bill and the Doobies have been doing for decades, as world-class entertainers.

“Please provide us with the shirt size for yourself, Tom Johnston, Patrick Simmons, Michael McDonald, and John McFee, along with which of our client’s shirts you find the least offensive and we will happily upgrade your wardrobes and hopefully win each of you over as new fans of the brand.

“At least that’s ‘what this fool believes.'”

If only all legal battles could be this entertaining.