Bill Simmons Tries To Join The 59 Club… On Golden Tee 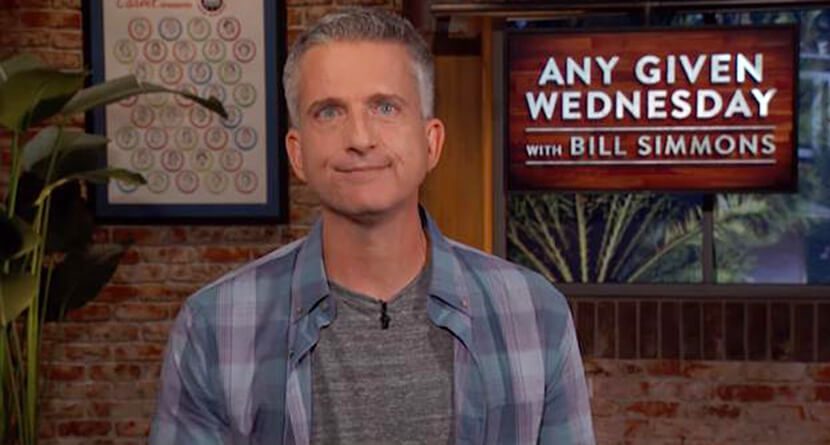 Bill Simmons is one of the most popular media brands on the planet. From his original Sports Guy columns, to Page 2 at ESPN.com all the way through Grantland, The Ringer and HBO, the original sports blogger has made it big.

So, yeah, when you’re making that kind of cash you get to have some nice things, like a Golden Tee 2016 in your office. We can’t blame Simmons for becoming, in his words, “the best celebrity Golden Tee player on the planet.” In an effort to show off his skills and simultaneously promote his Any Given Wednesday show on HBO, Simmons tried to join golf’s elite in the elusive 59 Club.

Simmons was unable to fire a sub-60 round, partially derailed by an ill-timed three-putt, but mostly because of his lack of use of “bite” and “backspin” on holes that have greens running away from him. We could get behind this idea of celebrities playing Golden Tee, though.

The video already has 70,000 views and it’s just a guy playing Golden Tee. There you go, Bill. A new segment for your show. You’re welcome.