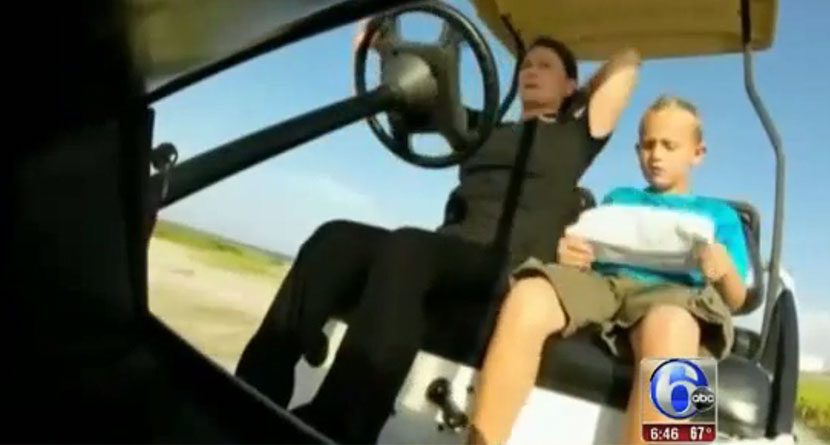 Have you ever gotten a ticket for driving a golf cart? Neither have I … but this 7-year-old boy has.

Clayton was driving a golf cart with his mother along the shoreline for his seventh birthday when the two were stopped by a police officer. While it’s understandable that a 7-year-old probably shouldn’t be driving a golf cart, the crazy part about this story is the officer wrote Clayton a ticket, rather than giving his mom one.

We’ve all driven a golf cart “underage,” but not all of us can say we’ve gotten a ticket for it.

The poor kid just wanted to go for a little joyride on his birthday, and it was spoiled by a “scary” ticket from a man with a badge.