Charity Event Giving Away a Cow For an Ace 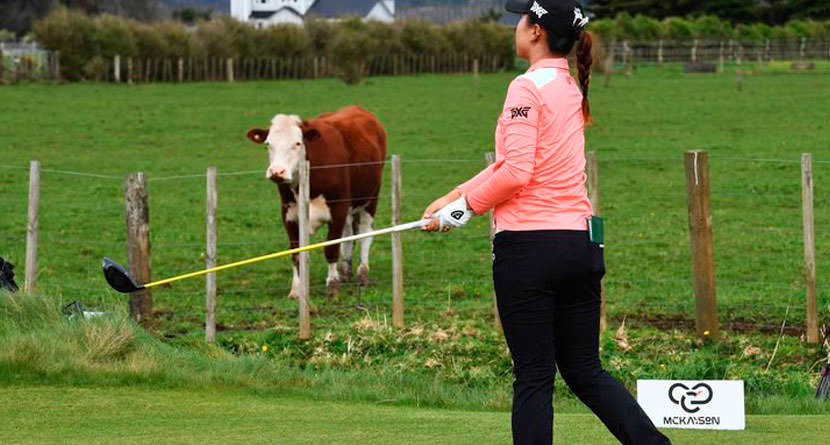 Golf tournaments will do just about anything to set themselves apart from other events, but a charity event in Malaysia is bringing a whole new animal to the party.

The event was willing to give away a cow — yes, an entire cow — to anyone who hit an ace during the festivities.

Golf.com had the story.

According to the Malay Mail Online, a charity golf tournament in Jitra, Kedah, was awarding a cow for any aces made on the 11th hole during a recent event.

“Usually organizers will provide motorcycles, cars or electrical appliances to the winners but I thought otherwise,” the tournament organizer told the newspaper. “I am well aware that this could be the first time a cow has been presented as a prize.”

No one recorded a hole-in-one, so the cow remained on its farm — at least until the next golf tournament.

Before you think this the first prize of its kind, remember that in 2013 Luke Donald was gifted a cow in addition to his winnings at the Dunlop Phoenix tournament in Japan. The tournament was in Miyazaki, which has a breed of cattle that has similar qualities to the famous Kobe beef.

Donald enlisted the help of a celebrity chef and food importer to eventually wrangle what amounted to nearly $80,000 retail in meat.