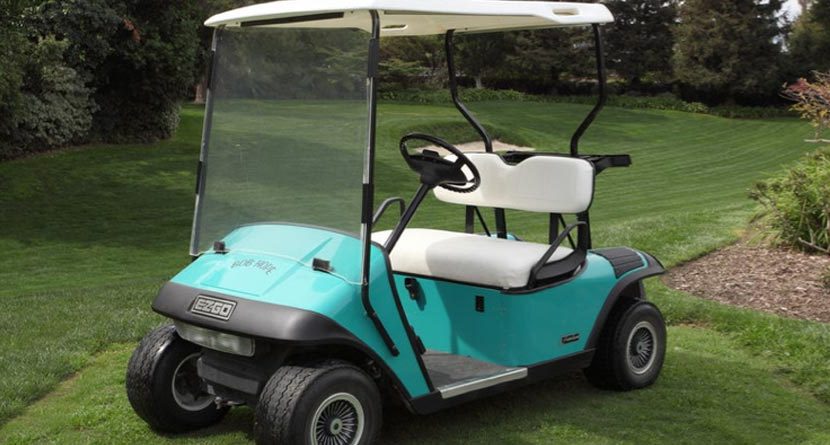 The late Bob Hope’s connections to the game of golf have been well documented. Whether it be hosting his annual charity golf tournament – which turned into a modern-day version of Bing Crosby’s Clam Bake of the 1950s – or doing stand-up comedy while holding a pitching wedge, Hope was as much a part of golf as Pebble Beach.

Now you can own a piece of Hope’s legend by winning his famous E-Z-Go Yamaha golf cart. If you are the highest bidder, of course.

According to Rebecca Keegan of the LA Times, Hope’s cart will go on the auction block for charity on September 20 and 21. More than 600 items from Hope’s two homes will be included in the auction, which features Hope’s antiques, memorabilia and personal property. A public exhibition of the items will take place on September 9th in a Beverly Hills Gallery.

The proceeds from the auction will benefit two charities: one for veterans and another for feeding the hungry.

There is no telling how much the golf cart will bring in for charity, but here’s hoping it will be a mountain of cash.

Other Hot Links:
– Top 25 PGA Golfers From Best Football Colleges
– A Look at How Mizuno Clubs Are Made
– 2013 Presidents Cup Rosters