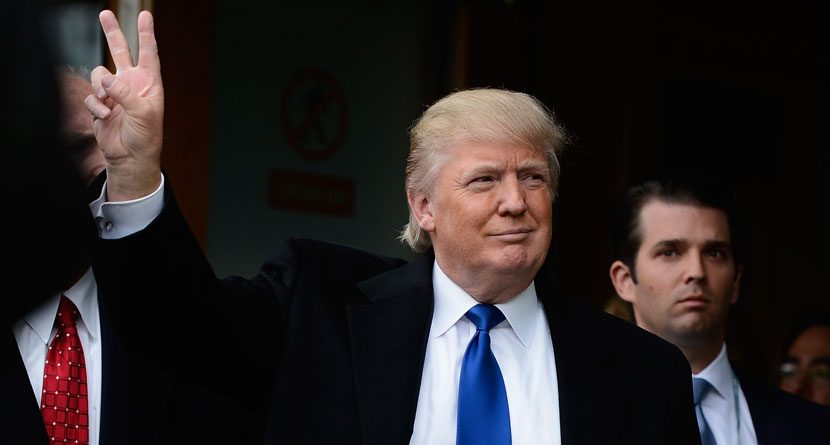 Donald Trump has his share of detractors and we can now count former world champion boxer Oscar De La Hoya among them.

De La Hoya was in Las Vegas on Tuesday to promote a middleweight championship fight between Mexico’s Saul “Canelo” Alvarez and England’s Amir Khan when he was asked about an interview De La Hoya had recently given in which he said that Trump’s conduct on the golf course was indicative of the type of person he is.

Via the LA Times:


“I played at his golf course two years ago in Palos Verdes,” De La Hoya told reporters. “I was teeing on the first hole and next thing I know here comes a golf cart. It’s Donald Trump: ‘Oscar, can I play with you?’

“Of course, this is your golf course,” De La Hoya said he responded.

“First ball, [Trump] hits off to the water, gets another ball from his pocket. Hits it off to the left, out of bounds,” De La Hoya said.

Trump said, “Oh, I got another one, just warming up,” De La Hoya recounted.

“Another one to the water. Then the fourth ball he hits — I know it went to the bushes. But Donald, what he does, he tees off first so he can take off right away. I pipe mine down the middle. So we go off to our ball, and who do we see? Donald Trump, right in the middle of the fairway,” De La Hoya said.

He quoted Trump saying, “By the way, I found my first ball, it’s right here.”

“You don’t do that in golf,” De La Hoya said, adding there were no side games in play where money was exchanged.

This isn’t the first time Trump’s been accused of cheating on the golf course. And a breakfast ball is fair game — especially with no money on the line — but to be the guy who pulls the “here’s my first ball” is not a good look for the Donald. We anxiously await his rebuke.