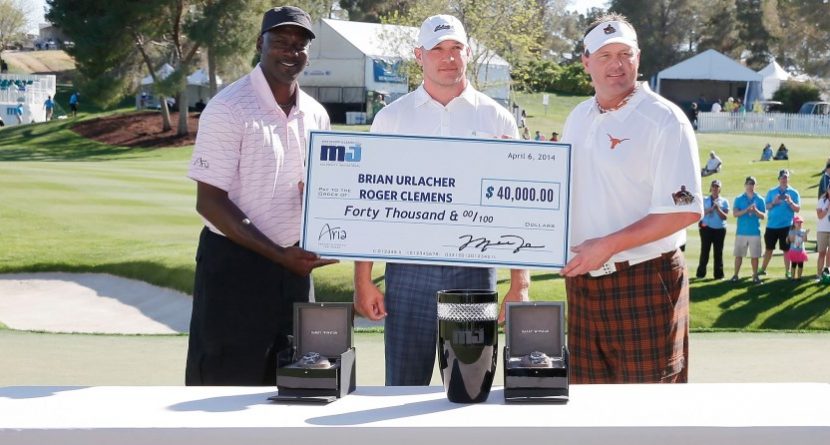 Michael Jordan secured quite the celebrity lineup for the 13th Annual Michael Jordan Celebrity Invitational, which concluded Sunday – some of them so good at golf that Jordan couldn’t even beat them.

Urlacher and Clemens used three birdies in four holes Sunday to pull away, and collect $20,000 each for the charities of their choice. In all, the MJCI raised more than $500,000 for charity.

“Michael Jordan, ARIA and Shadow Creek put on a great event every year and that’s why you see the firepower we had on the course this week,” Clemens said. “Urlacher played like a champ and I was fortunate to have him as my partner.”

“Roger has an incredible drive and we played really well together,” Urlacher said. “As a sports fan myself, it was incredible to meet and play with (Ozzie) Smith and (Eric) Dickerson, who were two of my idols growing up.”

Since it began in 2001, the MJCI has raised nearly $7 million for charities. This year’s beneficiaries were Make-A-Wish, James R. Jordan Foundation, Keep Memory Alive, Opportunity Village and Cats Care, and the NBA’s Charlotte Bobcats’ charity arm.