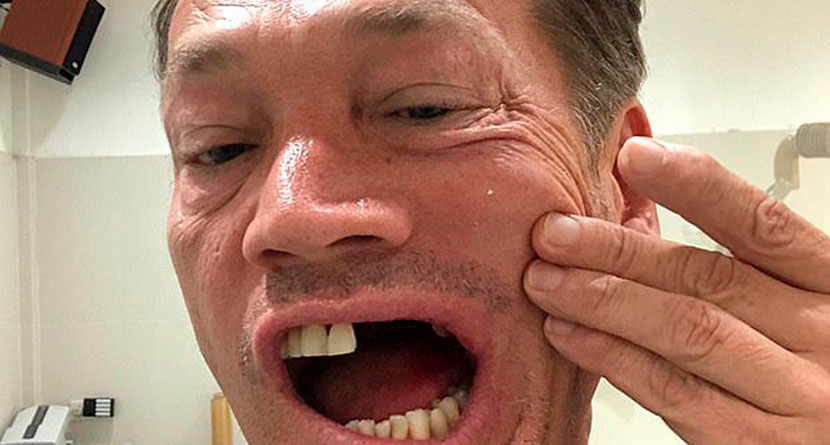 British actor and presenter Sid Owen had every golfer’s worst nightmare happen earlier this year during a vacation to Thailand.

Owen, a star on the popular EastEnders soap opera, was playing golf during his trip when a shot ricocheted off of a nearby tree and came back and hit him in the face at the Siam Country Club on January 17.

“One minute I’m playing a round and the next I’m in total agony and on my way to the hospital,” Owen told The Sun.


The ball firing back at him shattered his jaw and knocked out several teeth. He has required over 15 hours of surgery so far, and is still in Thailand awaiting the results of a brain scan.

“Actually I’ve almost been lucky because (doctors) told me if it had hit me two inches higher up I’d probably be dead from that sort of impact,” Owen said.

“I was stood about 10 feet away when it hit me, hard, and of course it hurt like hell, but it was the shock factor too,” Owen said. “I remember seeing two teeth fly straight out of my mouth but it turned out to be a fracture in my face and a broken jaw, along with another tooth embedded into my jaw.”

Owen required a bone graft and several surgeries because of the extent of the damage the ball did.

“It has just been five weeks of hell, total hell,” he added. “I came here for a detox to relax, as I have been doing sober for January annually for 20 years, and I was nearly ready to come home when it happened.”

The Daily Mirror reports that Owen was given an extension on his visa to receive the results of his brain scan, but he will be returning home to England soon.