DeChambeau’s Round With Trump “Truly An Honor” 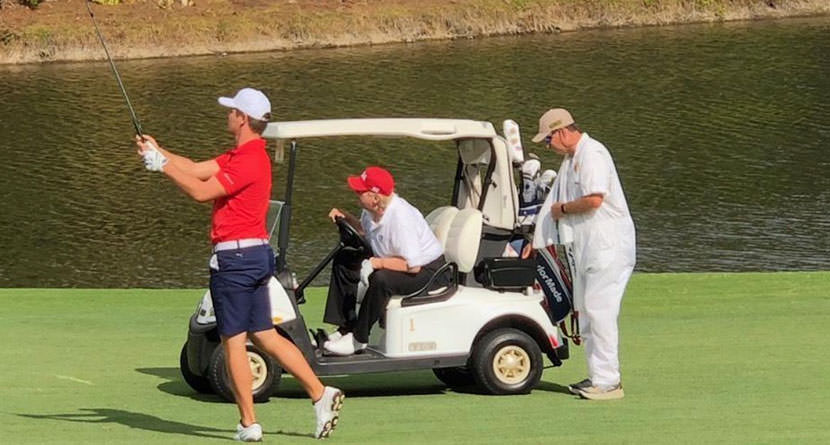 Bryson DeChambeau had a pretty memorable 2017. While it’ll be tough to argue that his most memorable round of the year was his maiden PGA Tour victory at the John Deere Classic, one of his last rounds of the calendar year has to be in the conversation.

It was truly an honor to play with The President, Senator Perdue and Dana Quigley at his incredible course in Palm Beach today. It was a day I will never forget! It also never hurts to come back strong on the back nine to win the match! The President is definitely used to doing that!

Bryson DeChambeau took to Instagram to boast about his day-after-Christmas round with President Trump in Florida, calling it “truly an honor.” The round took place at Trump International Golf Club near Mar-a-Lago.

Georgia senator David Perdue and former pro golfer Dana Quigley rounded out the foursome. “It was a day I will never forget! It also never hurts to come back strong on the back nine to win the match! The President is definitely used to doing that!” DeChambeau captioned his photo.

Trump also played with Justin Thomas and Daniel Berger on December 23. The outing on the 26th brings Trump’s total number of confirmed rounds of golf since inauguration day to 67.

Quigley joined Fox News to talk more about the round.