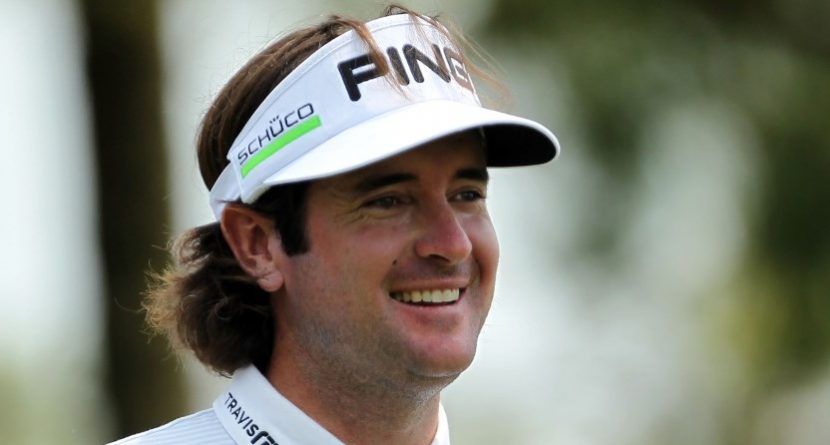 Nearly a year ago, Bubba Watson bought the 1969 Dodge Charger, nicknamed “General Lee,” that appeared in the hit 1980s TV show, “The Dukes of Hazzard.” A couple days after this past Christmas, he tweeted a picture of the famed ride on the back of a tow truck and said it needed some work:

General is off to @UltimateAuto_ for some work!! #Lee1 pic.twitter.com/AID3lOdFwd

What ever does Watson use to get around without the General? Oh, just a brand new Corvette Stingray, gifted to him days before by his wife, Angie:

Wife surprised me with this old Chevy! Thanks @UltimateAuto_ for tinting it so fast! #CorvetteStingray pic.twitter.com/2HJiZiLrZ1

Watson rides in similar style on the golf course. Or have you not seen his hovercraft?

Well, that nifty piece of machinery was just for the commercial. So, what ever does Watson use to get around the golf course? A custom-made Garia golf cart, which he got to test drive Monday.

Judging by all these nice wheels, we’d love to see what Watson owns for a bike. Or a scooter. Or maybe he has a Segway?