Bubba Watson and His Son Get Pie Faced 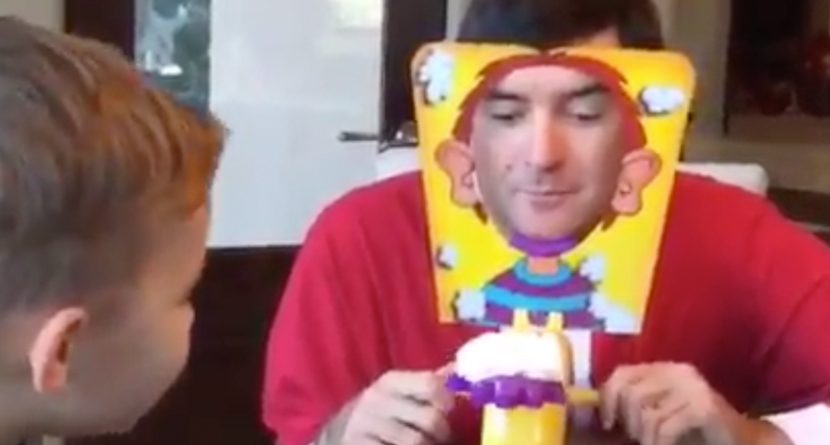 Bubba Watson is a big kid at heart. While his creativity and imagination have earned him eight PGA Tour wins, two green jackets and his most recent trophy at the 2015 Hero World Challenge, his short temper and spontaneous outbursts have netted him more than a few detractors. Yet, despite his shortcomings, it’s hard to condemn Bubba the family man.

Case in point: Watson and his son, Caleb, playing Pie Face this Christmas. Pie Face is a Jack-in-the-box-inspired game that features a spin wheel that tells players how many clicks they need to twist. If you set the game off, a hand, supplied with whipped cream or the like smashes into your face. Unless you’re the Watson’s, then you just twist the game until you get, well, pie faced.

For Caleb, it may have been his first initiation into the pie-facing world, but his pops has plenty of experience thanks to an appearance on the Tonight Show Starring Jimmy Fallon.